Manhattan Nanny is convicted in the murder of two children 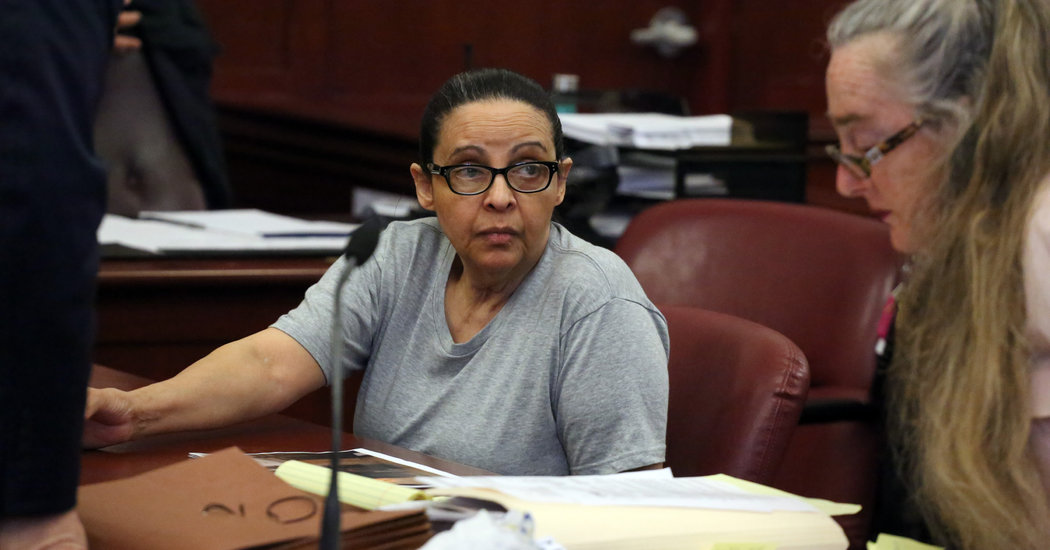 The case, a piece of horror, could shock anyone and send shock waves through the city and spotlight the decisions that are often passed on by word of mouth that New Yorkers from all walks of life create every day when they bring their children in give the care of others. Ortega has never denied that she killed Leo Crim, 2, and his sister Lucia, 6, on October 25, 2012, in the bathroom of their family's Upper West Side at 57 West 75th Street.

The mother of the children, Marina Krim, with her middle child in tow, came home around 5.30 pm and discovered the two children, who lay lifeless in the tub and were stabbed several times with a kitchen knife, with Mrs. Ortega in her vicinity was standing. When Frau Krim opened the bathroom door, Mrs. Ortega stabbed her neck.

The prosecution argued that Ms. Ortega intended to kill the children, and then committed suicide because she was depressed about her workload and angry with Mrs. Crimea

However, the defense said that Ms. Ortega was severely mentally ill and Voices were heard, including Satan, who ordered her to kill the children. Her lawyer, Valerie Van Leer-Greenberg, provided evidence that Ms. Ortega had experienced delusions and hallucinations since her youth in the Dominican Republic, but her psychosis was left untreated and undiagnosed until her arrest. Jurors heard from spiritual-health experts on both sides who came to different conclusions about Ms. Ortega's mental state at the time of the killings.

Two psychiatrists for the defense, Karen B. Rosenbaum and Phillip J. Resnick, said that Ms. Ortega was in the grip of a psychotic break that was so severe that she did not understand her actions or knew they were wrong , After questioning their family members and scouring their medical records, they concluded they had been overwhelmed by the weeks before the murders of voices in their heads – which they believed were part of Satan. She could not even remember the cruel killings, they said.

But a forensic psychologist for the indictment, Ali Khadivi, testified that while Ms. Ortega was suffering from anxiety and depression, she was not psychotic. He found that on the day of the killings, she experienced no paranoia, delusions, or a break with reality. To support his conclusion, the prosecutors showed a videotape of 2016 in which Ms. Ortega repeatedly denied Mr. Khadivi that she heard voices ordering her to kill the children, which she disagreed with the defense psychiatrists several months after the killings.

The prosecutors, Stuart Silberg and Courtney Groves, also focused on evidence that suggested that Ms. Ortega had planned the killings. That day she had left a purse with her valuables, identity papers and souvenirs for her son and an envelope containing important personal documents for her sister Delci Ortega. She recently asked Delci to look after her young son and "resurrect" him.

Van Leer-Greenberg, however, noted that Ms. Ortega had told several family members how much she loved the Crimean children and suggested to the jury that the only possible explanation for such an atrocity was a serious mental illness.

Jurors heard six weeks of testimony from 53 witnesses, including Ms. Crim's shocking reports describing the horrific scene in the bathroom, and her husband, Mr. Crimea, who spoke of his deep rage, of the members of the woman Ortega's family lied to him and his wife about the qualifications and background of Ms. Ortega. Both said they had noticed that Ms. Ortega was upset in the weeks before the killings, but saw no sign that she was losing her mind.

Prior to her arrest, Ms. Ortega had never been in the hospital for psychiatric problems; The only medical file on her mental health consisted of a page with notes from a psychologist she had visited three days before the crime. The therapist, Thomas Caffrey, said he saw no signs of delusional or psychotic thinking. He found she was suffering from depression and anxiety. "She did not tell me about concerns about voices or visions," he testified.

Due to a lack of medical records, the defense team relied on statements from family members and friends of Ms. Ortega to show that she had suffered two mental disorders in the Dominican Republic, one in 1978 after the death of her young sister and a second in 2008, after a close family friend committed suicide.

In both cases, she went into deep depression and refused to leave her family's home, her sisters and friends said. In 1978, she was treated and cured by a doctor. During the second episode, witnesses said she began expressing irrational fears about people coming to fetch her and return to New York City.

Ms. Ortega's siblings and other family members also testified that she seemed to unravel in the six months prior to the killings, crying frequently, asking people to pray for her and speak of "shadows" and a "black man" following her and herself Separated Her Family

Her mental turmoil began when one of her sisters, Miladys Garcia, asked her to move out of the family home in Hamilton Heights, the witnesses said. She moved to an apartment in the Bronx owned by another relative and insisted that her teenage son, Jesus Frias, be sent from the Dominican Republic to live with her. She had left Mr. Frias at the age of 4 with Mrs. Garcia and did not raise her, except for 18 months around 2008.

Three days before the killings, she woke up in the middle of the night and started throwing pots and pans through the kitchen, later claiming she should not remember, her sister Delci said.

Four hours before the killings Ms. Ortega visited a neighbor's apartment and, excited and up and down, told a teenage resident, Jennifer Reynosa, that she saw a "black shadow" talking to her. In more than a dozen interviews in the months after the murders, Ms. Ortega told dr. Rosenbaum that she had heard voices, including Satan, and told her to kill herself and the children of her employers.

The prosecutors, however, focused on the statements that Ms. Ortega made three days before the murder of Mr. Caffrey, the therapist, and Dr. Marc Dubin, a psychiatrist who spoke with her 11 days after the terrible event when she recovered from her neck wound in New York Presbyterian Weill Cornell Medical Center

In both interviews, Ms. Ortega complained about money problems and expressed frustration over her Schedule and her workload, but did not mention that voices were heard by her to kill her.

First, she reported these voices over the next month as her health improved and her postoperative delirium picked up. Her family members initially did not mention her psychotic symptoms to the police, but in later conversations with Drs. Rosenbaum and dr. Resnick.

In conclusive arguments, senior prosecutor Stuart Silberg suggested that Ms. Ortega had made stories about hearing orders from the devil to avoid life imprisonment, and that her relatives had invented stories about their delusions for similar reasons.

But Ms. Van Leer-Greenberg said that Ms. Ortega and her family members first hid the symptoms of her illness because of the stigma of mental illness in the Dominican Republic.

She suggested that Ms. Ortega had lost the fight with the demonic voices in her head, had a break with reality, and did not know what she was doing.

"Your mind and body parted," she said.