Breaking News
Home / US / Many leaders used Covid as a cover to contain democracy. Trump could be the first to openly admit it

Many leaders used Covid as a cover to contain democracy. Trump could be the first to openly admit it 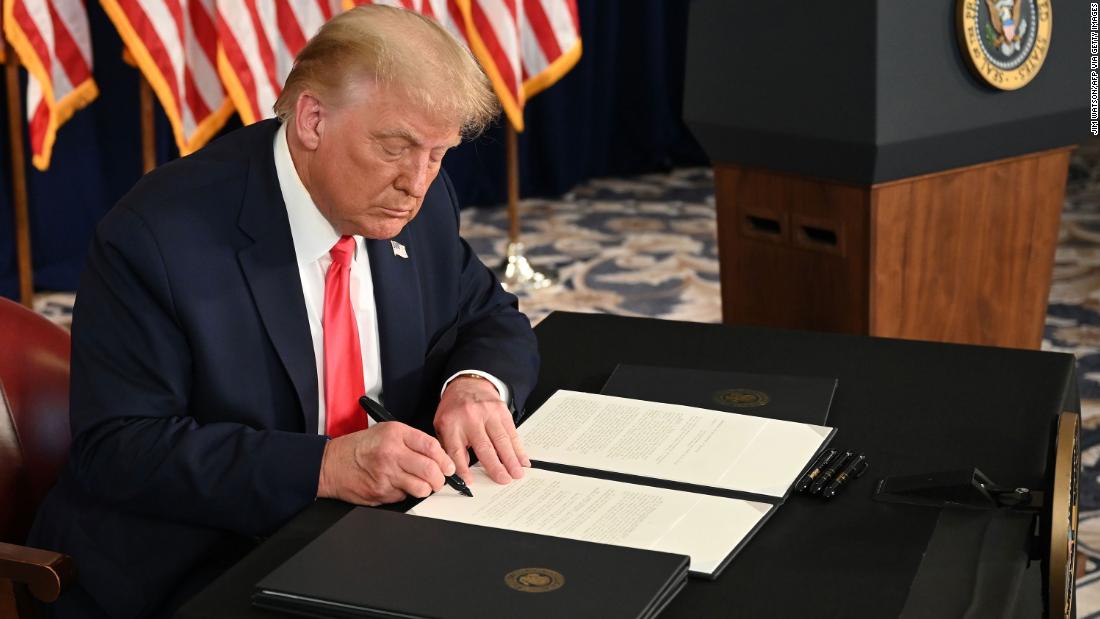 The reason? Trump says postal ballot papers will hurt his campaign, and has made repeated unsubstantiated claims that widespread postal voting will result in “the most fraudulent elections in history.”

By refusing to take steps to allow as many Americans as possible to vote and openly questioning the legitimacy of the poll, Trump advocates tactics used by authoritarian leaders in countries with compromised democratic institutions, experts say .

“On the one hand, he claims that postal voting may de-legitimize the election, while openly admitting that he is opposed to funding the post to suppress the vote,” said Nic Cheeseman, professor of democracy at the University of Birmingham. “It̵

7;s a step out of the populist playbook: blaming someone else for what you do yourself.”

Trump’s moves also come at a time when some countries are expanding the availability of postal ballot papers and other early voting initiatives to allow people to vote without endangering their health at polling stations.

In South Korea, coronavirus patients were able to vote by mail in April, and more than a quarter of the country’s 44 million voters voted before election day – a record number. And in June the first election took place in Poland, in which a wide range of postal votes was allowed.

As Cheeseman points out, in the case of the US election, Trump “selects the postal service as the enemy while installing an ally to guide it, which means Trump himself is the person best able to do it.” manipulate”.

Of course, postal votes are inherently more vulnerable than personal votes. “The two main flaws are how you know people aren’t coerced to fill out ballots, and how do you know the vote is going to where it needs to be counted,” Cheeseman said. But he added that postal ballot papers “are safe when institutions are safe and impartial” and that there is “very little evidence that postal voting has been rigged in the past”.

Postal ballots and other alternatives to face-to-face voting have been used successfully in other countries from Australia to the United Kingdom.

Katya Andrusz from the Organization for Security and Cooperation in the European Bureau for Democratic Institutions and Human Rights, which will oversee the US elections, points to Switzerland, where this method is estimated to be used by 90% of voters.

Their organization’s report on the 2019 Swiss elections explains that this was possible because voters “must send their voter ID card along with the ballot paper using a double-envelope system to prevent the possibility of an additional vote at a polling station”.

Trump has also linked his unsubstantiated claims about email voting fraud to his explosive proposal last month to postpone the U.S. elections until the pandemic subsides. Only Congress can delay a presidential election, but its comments still sparked near universal condemnation.

Elections have been postponed in dozens of countries since the pandemic began. In some of these nations, critics believe the pandemic is being exploited by politicians who want to avoid voters.

Hong Kong executive director Carrie Lam announced last month that the city’s elections would be postponed for a year because of a second surge in the virus. However, opponents claim it used colonial-era emergency laws to delay the vote to avoid an embarrassing political defeat after Beijing imposed new security laws on the semi-autonomous city.

In Bolivia, a transitional government has repeatedly postponed the presidential elections, sparking protests and accusations from the opposition that it wants to remain in power indefinitely.

There are examples of nations where elections have been postponed to less controversy – most recently in New Zealand. In these cases, however, all parties largely agreed that this was the correct course of action.

This is clearly not the case in the US, where Trump not only discredits the democratic process but interferes in it. Experts said his moves could have repercussions beyond America’s borders.

The long-term risk, Cheeseman said, is that Trump “will undermine confidence in the electoral process, risk political violence and seek alternatives to democracy. And if that happens in America, it could easily have repercussions around the world.”

And that could have even greater consequences than the copycat behavior of other managers. “There is a connection between US domestic policy and the credibility of US foreign policy,” said Andreas Bummel, executive director of Democracy Without Borders. “If Trump claims the elections can be rigged while apparently trying to rig them himself through the postal service, America will find it more difficult to demand democracy in other countries.”

And if he continues to sow distrust of American democracy at home, it could undermine the democratic model elsewhere.

“Public trust is crucial for the functioning of a democratic electoral process. That is why we always pay close attention to it when we observe elections,” said Andrusz. “Significant levels of suspicion in any part of the system can undermine public confidence in the whole process.”

Trump is unlikely to change direction as November 3rd approaches. But the damage done to the cause of democracy at home and abroad could go well beyond election day.