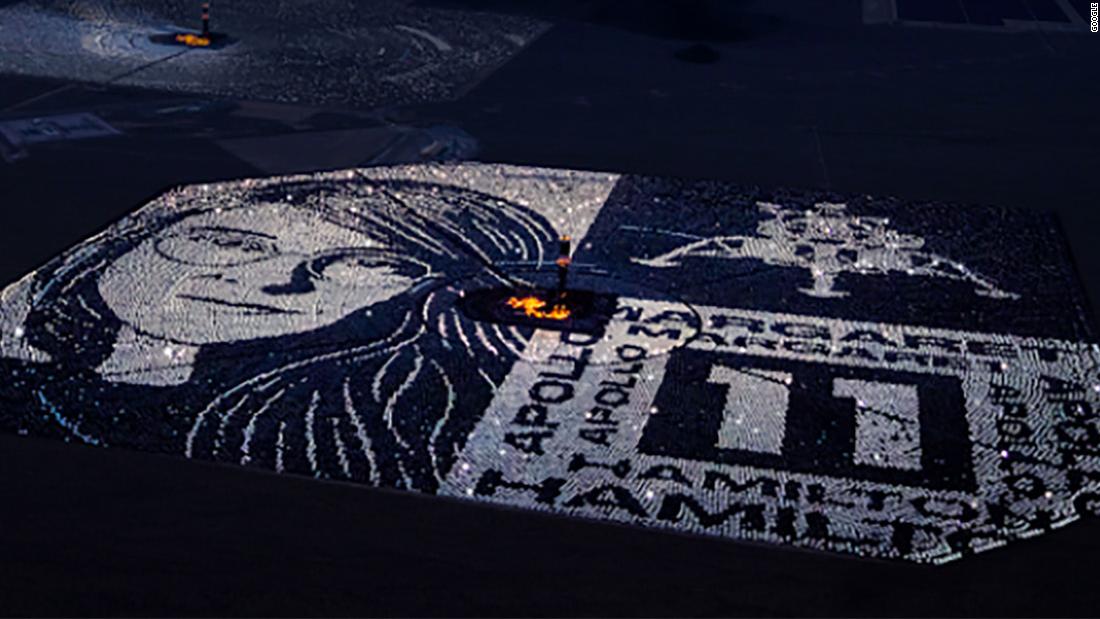 The software developer developed the onboard computer programs that powered NASA's Apollo missions, including the 1969 Moon Landing.

On Thursday, Google unveiled a huge tribute to Hamilton in the Mojave Desert, California: More than 107,000 mirrors were positioned to reflect the moonlight and shape her image for one night.

With a width of more than 2.3 square kilometers, the artwork is larger than New York's Central Park, says Google. It was carried out on the site of the Ivanpah Solar Electric Generating System, the world's largest solar thermal power plant.

Who is Margaret Hamilton?

Hamilton has effectively invented the term "software engineer" with the development of the Apollo's lead computer, the lifeline for astronauts who controlled the spacecraft.

She regularly brought her young daughter Lauren. Working with her on weekends, the search giant said. Lauren played in the simulator her mother had built to test flight programs, and inadvertently forced Hamilton to rethink her strategy.

Lauren crashed the simulator once and ended the mission prematurely by pressing a button while the vehicle was in flight.

1; a mistake that would have far worse consequences in space, Google says.
"There was no second chance, we knew that," Hamilton wrote for MIT in 2009. "We had to find a way and we did it."

Good that she has prepared for emergency scenarios. According to Google, the lunar module computer processor of the Apollo 11 was almost overloaded as the vehicle approached the moon. This could have forced Neil Armstrong and Buzz Aldrin to abort.

However, every time the software approached the congestion, it cleared all tasks and allowed the astronauts to enter the landing commands. Hamilton wrote that the emergency preparedness of the software contributed to the rescue of the mission.

"Looking back, we were the happiest people in the world," she said of the team that has developed the software that has never existed in such a capacity before. "There was no choice but to be pioneers."

In 1969, Hamilton posed famously beside books with the code she had developed for the computer, stacked as high as she stood.
The image reappeared in April, comparing it to a photo of Katie Bouman, the 29-year-old scientist who developed the algorithm used to create the first image of a black hole. She proudly presented the disk drives that contained her data.
Hamilton was awarded the Presidential Medal of Freedom in 2016 by President Barack Obama for her contribution to science and space.

Hamilton has never left the Earth's atmosphere, but without their groundbreaking software, it is unlikely that the American flag would have been planted on the Moon in July 1969.