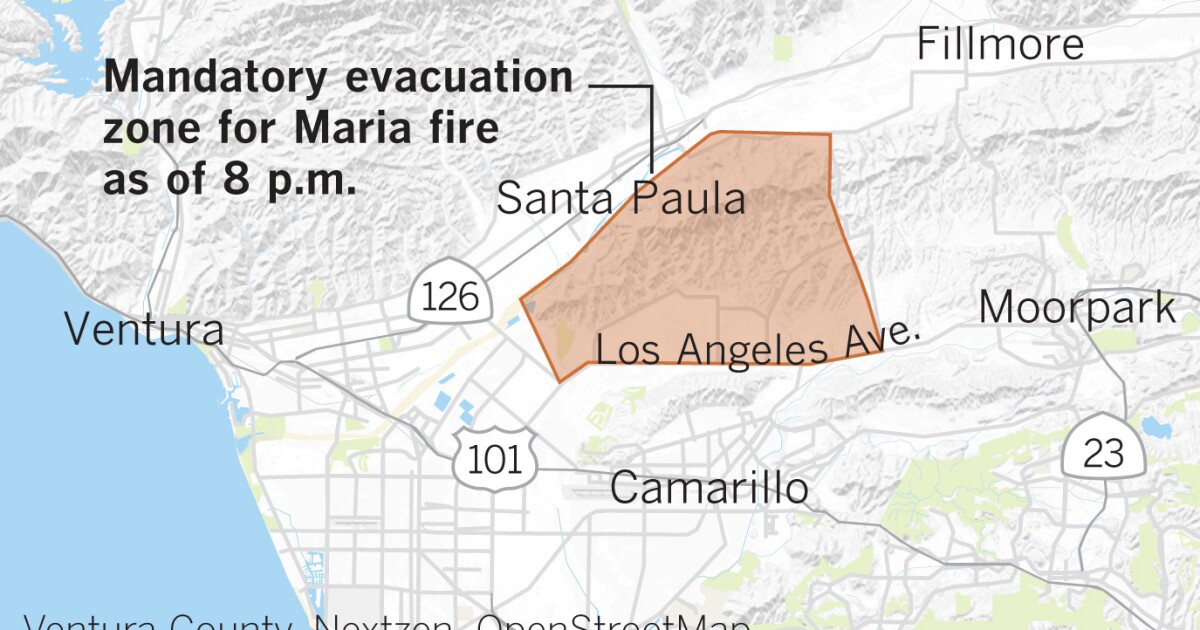 The Maria Fire burns south of Santa Paula in Ventura County. The fast-moving fire has set fire to 4,000 acres and threatens parts of Somis, an agricultural community.

For the area south of South Mountain Road and north of Highway 118, from West Los, evacuation orders are off Angeles Avenue east to Balcom Canyon Road. That is more than 7,000 inhabitants.

No major highways are closed. The California Department of Transportation urged motorists on the 118 and 126 motorways to exercise caution as firefighters and evacuees use the roads.