Marvel's "Cape and Dagger" was renewed for Season 2 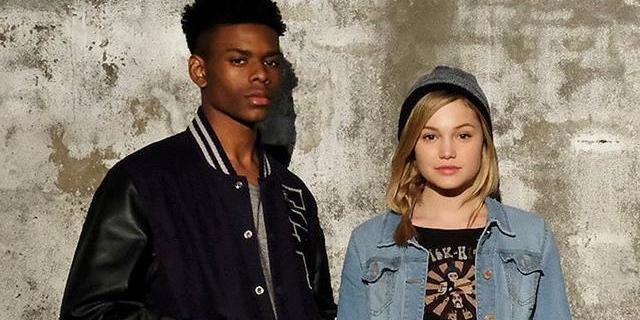 Marvel's Cape & Dagger will not leave Freeform in the foreseeable future! The freshman series was officially ordered by the network for a second season with ten episodes.

Given the sheer love that fans had for the series, and the superb reviews that the show has delivered for Freeform, this renewal was definitely not surprising. Still, it's exciting for viewers to finally get confirmation that Cloak & Dagger is coming back for another round in 201

The announcement was made during Cloak & Dagger panel this year San Diego Comic-Con. Jeph Loeb, the head of Marvel TV, and executive producer / showrunner Joe Pokaski were on hand to bring the good news to the fans. They were accompanied by the stars Olivia Holt, Aubrey Joseph, Ally Maki and Emma Lahana.

While nothing was officially made yet, most expected that Freeform would renew the series, especially given the fact that the first season begins end with a post-credits scene that teases the future of the characters.

"Hopefully, if I do my job properly, they'll want to see Season Two," Pokaski said in an interview recently. "I think Episode 8 could break many hearts, I do not want to go into too much detail, but it's part of the Hero's journey, when you start to learn and understand what fate has in mind for you, that fate I think "The public should probably be preparing to get their asses poked in episode 8."

Following this announcement, Freeform has eight of the ten episodes from the first season of [19459013ausgestrahlt] Cape and Dagger . Only two remain until the end of the season. Fortunately, thanks to the timing of this announcement, fans can now look forward to Season 2.

Are you glad to hear that Cloak & Dagger is returning? What do you think will happen when the first season comes to an end? Let us know by inserting a line in the comments!