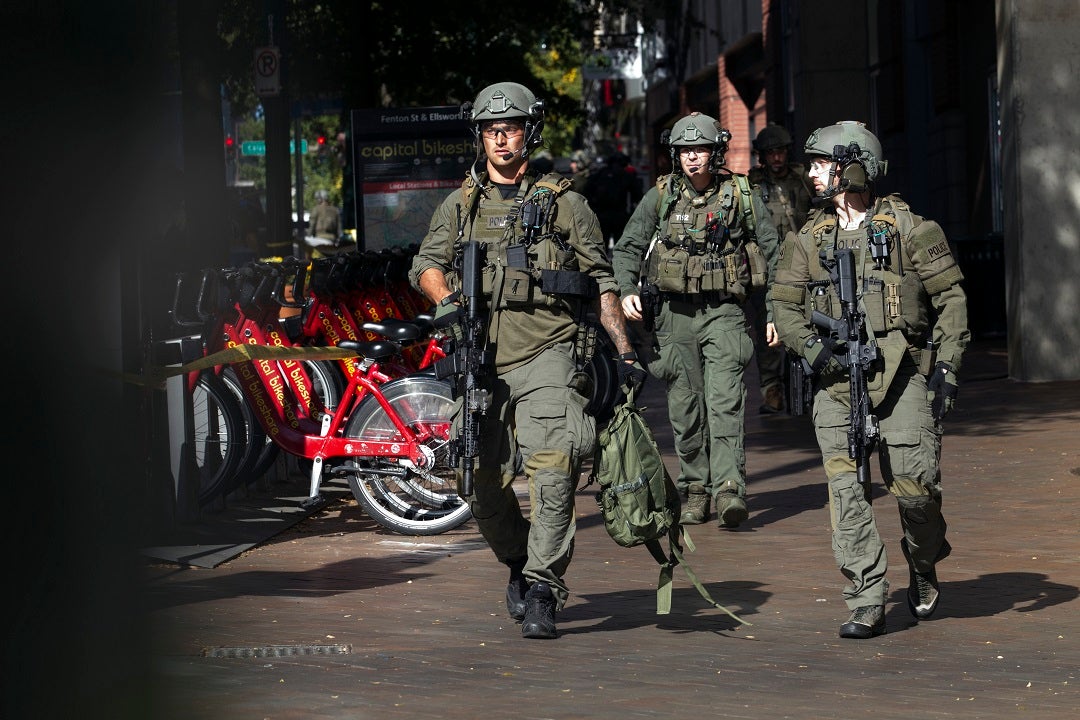 A police officer in Maryland died Monday morning after he was shot dead in a parking garage just outside the capital.

The Montgomery County Police Department said the incident had happened just before 9am in downtown Silver Spring. North of Washington, DC, after the official had examined the report of a "disordered subject."

Other officials who had arrived to provide assistance found the top floor officer of the garage wounded. He was taken to a hospital where he later died, said Marcus Jones, the acting police chief of Montgomery County, at a press conference.

A policeman was found dead in a parking garage in downtown Silver Spring. Md. On Monday morning.
(Fox 5)

The incident unleashed a massive police reaction in Silver Spring. Aerial photos showed dozens of police vehicles in the parking garage where the shots were fired.

Tactical teams and officers were also seen sweeping different levels of the garage. According to Jones, no suspects were arrested and there were no descriptions of possible suspects.

At a previous media briefing, Montgomery County police captain Thomas Jordan said "describing this as an operation where all parties are on deck" is an understatement.

Jones said the case is being investigated as a homicide, but there is no evidence of a "continuing" public safety threat.

He said Bomba was wearing a body camera at the time of the investigation but was shooting Not sure if it had been activated, the officer's gun appeared at the scene, but it was not clear whether he returned the fire, Jones told reporters.

Investigators worked with surveillance cameras nearby to determine if The shots were recorded, Jones said.

Some roads in the area were closed to traffic and students from several schools had shelter on Monday, Fox reported 5.

Bomba left behind a wife and two children.