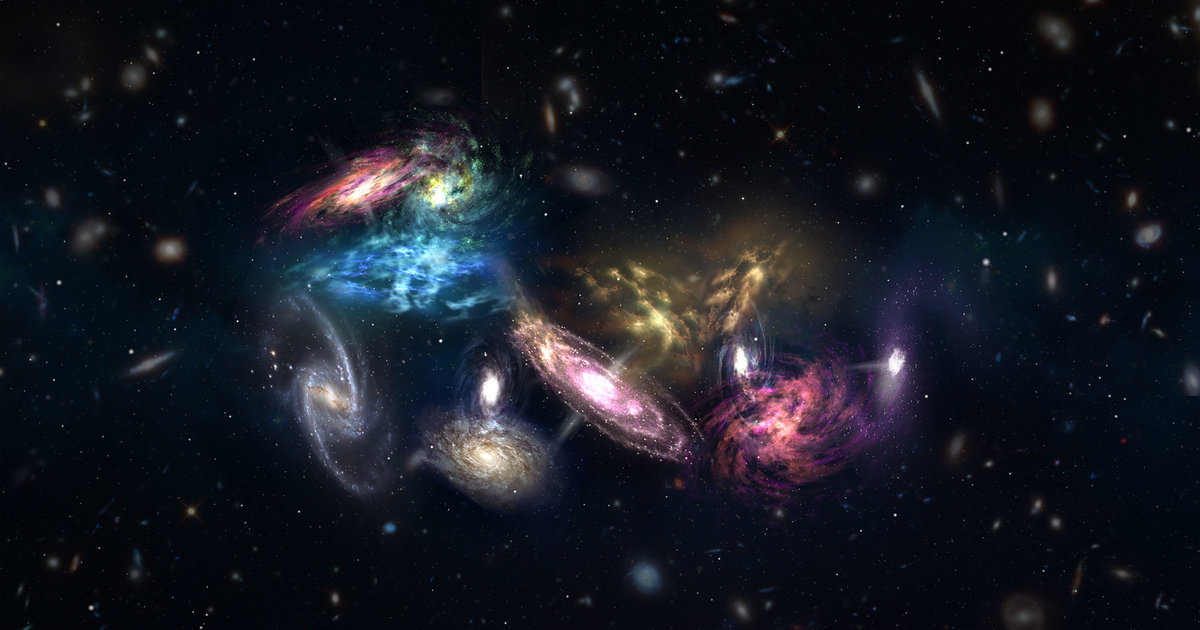 Scott Chapman, an astrophysicist at Dalhousie University in Halifax, Nova Scotia, who was working on the second study, also commented on his team's finding that the formation phase took less time than expected. "Capturing a huge cluster of galaxies in [the] formation sounds is spectacular in and of itself," he said. "But the fact that this happens so early in the history of the universe poses a tremendous challenge to our present understanding of how structures in the universe develop."

International teams of scientists used the ESO Atacama Large Millimeter / Submillimeter Array (ALMA) and Atacama Pathfinder Experiment (APEX) Telescopes to look back in time when the universe was one-tenth of its present age , SPT2349-56 is at a distance of about 1

SPT2349-56 is a so-called protocluster, which is considered to be the building block of the largest known structure, a cluster of galaxies.

According to the National Radio Astronomy Observatory, individual galaxies in galaxy clusters are held together by dark matter. During the first few million years of the universe, dark matter (and normal matter) accumulated in greater concentrations and eventually formed galaxy clusters. It is believed that some clusters contain up to thousands of galaxies.

In order to investigate the formation stage of the protocluster, the researchers performed observation data of the ALMA telescope using computer simulations. The two teams found that what they saw was less than 1.4 billion years after the big bang. However, existing theoretical and computer models suggest that a protocluster as large as SPT2349-56 would have taken much longer to develop.

"As this cluster of galaxies grew so big, so fast is a mystery," said Tim Miller, a graduate student at Yale University and lead author of one of the newspapers, in the statement. "It has not been built up step-by-step over billions of years, as astronomers would expect, and this discovery provides a great opportunity to explore how massive galaxies came together to build huge clusters of galaxies."

The research was presented on April 25 in two papers. The work of Miller's team appears in the journal Nature and the work of the team led by Oteo appears in The Astrophysical Journal .