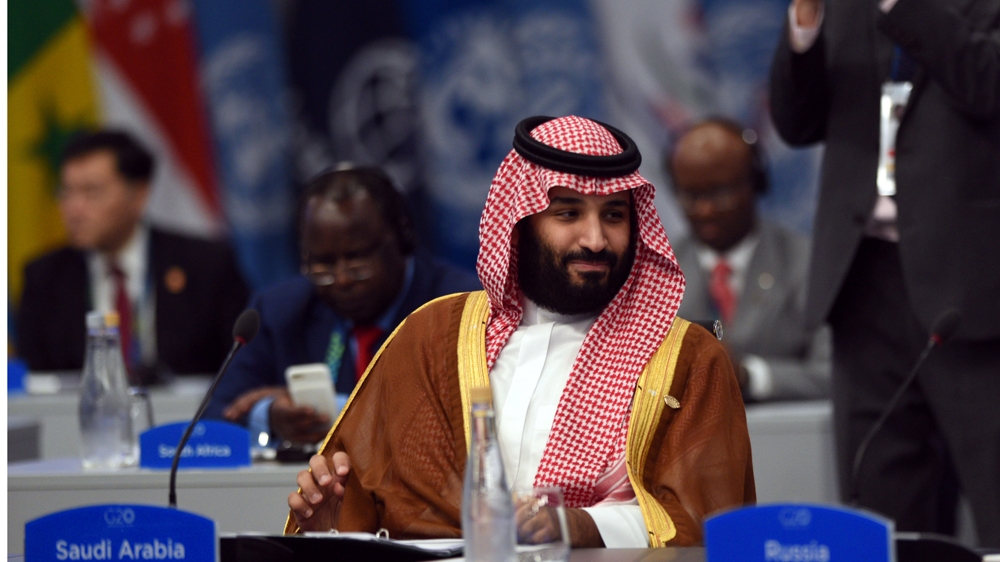 More than a year before the assassination of journalist Jamal Khashoggi, the powerful crown prince of Saudi Arabia, Mohammed bin Salman, also known as MBS silenced a secret campaign to dissidents The New York Times reported.

The campaign included surveillance, kidnapping, detention and torture of Saudis, said report released on Sunday citing US officials who have secretly classified intelligence reports on the effort

named American officials the Saudi Rapid Intervention Group, according to the Times.

One of the victims of this group was a university lecturer, who reported on the situation of women and was tortured last year, and called for suicide attempt.

Saudi Arabia has long been pursuing the persecution of dissidents, including those outside the country, but this practice has boomed after Prince Mohammed's promotion to the Crown Prince e 201

At least some of the secret missions were carried out by members of the team who killed and dismembered Khashoggi in October in the Saudi consulate in Istanbul, suggesting that his murder was part of a wider campaign against dissidents, allegedly citing US officials and staff members of some Saudi Arabian victims.

These members participated in at least a dozen operations as of 2017, officials said, including the forced repatriation of Saudis from other Arab countries.

The killing of Washington Post contributor Khashoggi sparked worldwide outrage and led some US Senators to demand that President Donald Trump appoint and punish those responsible.

Trump did not follow The Senators, who were notified by the heads of US intelligence, said they were convinced that Prince Mohammed was responsible for the killing of Khashoggi.

Saudi Arabia has emphasized the prince was not involved.

The kingdom initially said it was unaware of Khashoggi's fate, but later blamed his villains for his cruel murder.

The prosecutor of Saudi Arabia has charged eleven people with murder.

The American officials told the Times that the "Rapid Intervention Group" had been authorized by Prince Mohammed and overseen by Saud al-Qahtani, an insider at the royal court. According to Al-Qahtani, Al-Qahtani was named Viewed "connecting line" to the prince. Al-Qahtani was dismissed for killing Khashoggi, but the Saudi authorities did not say if he was one of the defendants. Five of the defendants face the death penalty.

According to the New York newspaper, the Rapid Intervention Group was involved in the harassment of detained human rights defenders, including Loujain al-Hathloul, Aziza al-Yousef, and Iman al-Najfan.

Alia al-Hathloul says that Al-Qahtani has attended several meetings to torture her sister. He also threatened to kill Loujain and dump her body in the sewers, says Alia.

According to the newspaper, the women were beaten, subjected to electric shocks, waterboarding and threatened with death and rape during the interrogation.

Loujain's sister says the Saudi authorities sent the women arrested not to jail but to a secret location in the city of Jeddah on the Red Sea.

According to the US intelligence agencies, the brutal interrogations prompted the attacks university professor al-Najfan: suicide attempt.

The trial of women began detention last Wednesday after nearly a year in jail, but the Saudi government has not announced the charges against them In June, the leader asked a leading adviser to Prince Mohammed whether he would give them bonuses for oath. Fitr, a major festival at the end of the holy month of Ramadan.

Saudi authorities refused to confirm or deny that such a team existed or respond to Times questions about their work.

According to a spokesman for the Saudi embassy in Washington, the kingdom "takes every allegation of mistreatment of defendants for trials or detainees for their sentences very seriously".