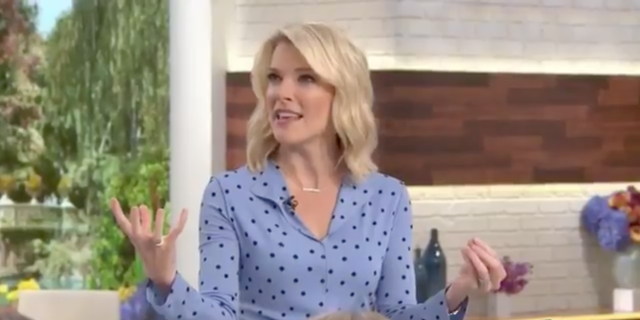 NBC has snapped Fox's Megyn Kelly off with a three-year contract for $ 69 million, but their ratings do not match what's expected from this level of network investment.

"Megyn Kelly Today" premiered in September 2017, but has not found an audience for its 9-hour weekday slot.

The Wall Street Journal reported that Nielsen data shows that Kelly averages 2.4 million viewers per day. Kelly's ratings are low in every respect compared to her own ratings at Fox, compared to her competitors at the same time, and compared to her predecessors at NBC.

During Kelly's last year at Fox News, "The Kelly File" had an average of 2.7 million viewers, even though he was on a cable network. Kelly was in prime time airing this morning, but her viewership dropped as she performed the cable-to-network television broadcast.

During the same period at ABC, "Live With Kelly and Ryan" has seen a spike in ratings, in part attributed to Megyn Kelly's performance and partly attributed to Ryan Seacrest as Kelly Ripa's permanent co-host.

Nielsen shows that "Live" has extended its lead to "Today" since Megyn Kelly joined NBC. Ripa and Seacrest now have an average of 747.00 more viewers than Kelly. Forbes reported that Ripa earned about $ 1

8 million last year and will spend about $ 20 million on her "live" salary in 2018. The Wall Street Journal reported that the audience for "Megyn Kelly Today" is 18% smaller than the audience for NBC's previous hosts in their place, Tamron Hall and Al Roker, and that Hall and Roker together account for less than half of had what Kelly is doing now when they arrived at nine o'clock last year. Hall has left NBC.

Kelly made a big leap from cable to network news by leaving Fox for NBC. Stephen Colbert – who now earns $ 15 million – made a comparable cable-to-network transition from Comedy Central to CBS for The Late Show With Stephen Colbert. His ratings were initially low, but the critical reception and attendance of Colbert's late-night talk show have improved.

Kelly's ratings had a temporary improvement in February due to NBC's coverage of the Winter Olympics.

NBC's former Fox star's other show, "Sunday Night With Megyn Kelly," ended its first season earlier than expected under low ratings. The first episode featured an interview with Russian President Vladimir Putin, and the Journal reported that NBC was surprised that the premiere recorded only 6 million viewers.