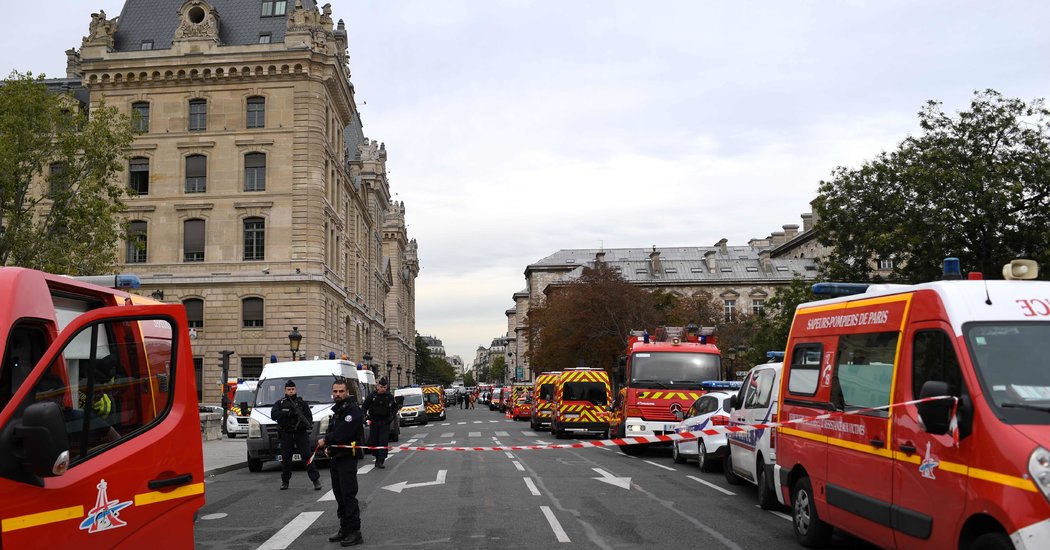 Paris – According to a French union official, at least four police officers were stabbed to death by a clerk on Thursday at the Paris police headquarters.

The unidentified attacker was shot dead by a police officer, police union officials said, Loïc Travers of the Alliance Police National Union. He said the attacker had begun attacking officers in his office before moving to other areas of headquarters.

"The subject is not yet known," Travers added.

The headquarters of the Paris police prefecture. near the cathedral Notre Dame, did not respond immediately to commentary requests.

Mr. Travers told reporters that the suspect was an administrative employee who had worked in the police department for more than 20 years. Most recently, he was employed by the Paris Police Department, Travers said, adding that the suspect in the past was "no problem at all."

The attack is expected to revive the security concerns in the French capital in which he resided in 2015. Terrorists attacked the satirical newspaper Charlie Hebdo, killing 12 people, including a policeman, and a series of coordinated ones Terrorist attacks that ravaged more than 100 people in the city later this year.

Anne Hidalgo, mayor of Paris, said in a Twitter post on Thursday that "Paris is grieving for itself after a 'terrible attack'.

The police headquarters was closed and the area closed off after the attack. A nearby subway station was also closed. The Paris prosecutor was on-site, said his office and did not provide any further information.

President Emmanuel Macron went along with the Prime Minister, the Home Secretary and the Paris Police Chief to the Police Headquarters to express his "support and solidarity" with the staff, "said his office.

The attack occurred a day after tens of thousands of police officers in Paris in rage over the alleged poor working conditions and lack of public respect demonstrated police suicides this year.

Pauline Rossignol, a 28-year-old personnel officer at the police prefecture, had been at lunchtime when the attack took place. She said she was fed up with "tragedies" that affected her colleagues.

"After so many, there will be another minute's silence," said Mrs. Rossignol, as she sat on the steps on the banks of the Seine, unable to return to her office.

"There were too many police suicides, too many of them killed in terrorist attacks," she added. "The police are suffering a lot. We are a destination.

The number and extent of terrorist attacks in France have gradually declined since the wave of deadly violence in 2015 and 2016, but police officers were still mortally stabbing a police officer and his companion in their home in a city about 35 miles west of Paris while her child was present. In 2017, an experienced police officer, Xavier Jugelé, was shot dead by an armed man on the Champs-Elysées.