Mets lose to a Marlin pitcher who makes his first start 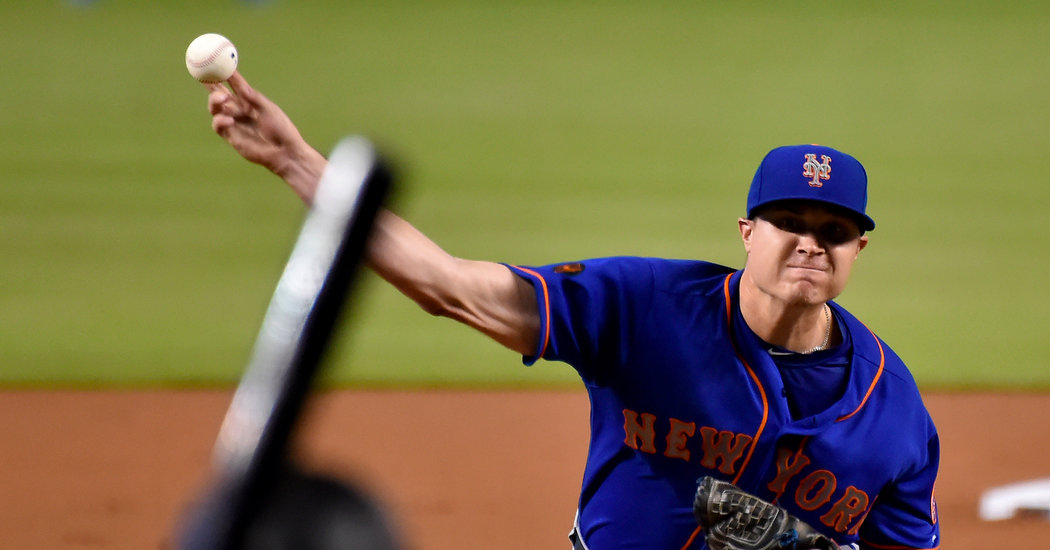 MIAMI – Sandy Alcantara allowed only one run over five innings and won his first career start when the Miami Marlins defeated Mets 8-2 on Friday night.

Marlins catcher JT Realmuto is missing back in the lineup after four games with a hand injury. Realmuto went 1 in 4 and drove in a run.

Mets' Corey Oswalt (0-1) replaced Jacob with deGrom, who was scratched hours before the game because of a family affair. The Mets expect deGrom to start on Saturday afternoon.

Oswalt did not look like DeGrom, whose 1.69 E.R.A. is the best in the majors. Oswalt allowed six hits and six runs, all in the third inning, in a start lasting two and two-thirds innings.

Brinson led the third with his 10th homer of the season. Realmuto and Starlin Castro followed with run-scoring singles before Riddle's three runs on the right brought the Marlins into the lead 6-0.

Devin Mesoraco had a run scoring double for the Mets, who lost nine out of 10.

Cameron Maybin knocked Brinson in the sixth and gave the Marlins a 7-1 lead.

Pitcher Jason Vargas (Wade) is expected to return to the Mets rotation next week. … Outfielder Yoenis Cespedes (hip) stayed in Port St. Lucie, Florida, joining the team for this series. He will continue the treatment and physiotherapy.