Mexico crash kills 21 as the bus pops into the truck 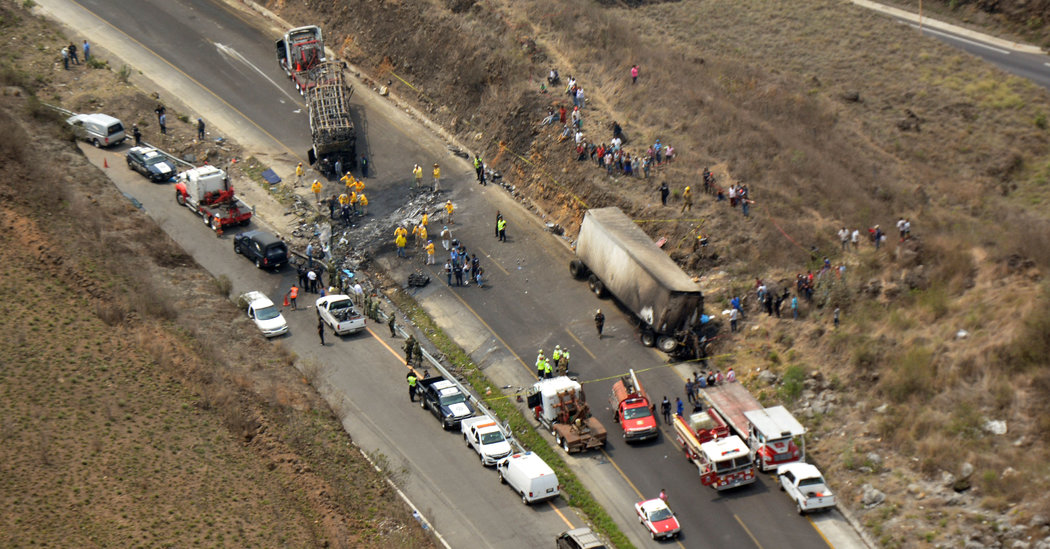 MEXICO CITY – According to local authorities and local news agencies, a violent traffic accident took place on Wednesday in Veracruz, Mexico, with a bus and semitrailer that killed 21 people.

The accident occurred shortly after 10:00 local time on a main highway between the cities of Puebla and Orizaba.

The bus headed east, carrying passengers from a Roman Catholic archdiocese in the southern state of Chiapas, when the brakes failed and he crashed into a semitrailer and overturned According to a spokesman for the Veracruz Civil Protection Secretariat, 1

9 people were on the bus and two People killed in the truck. At least 30 others were injured and taken to the Rio Blanco Regional Hospital in Veracruz.

A message posted on a Facebook page in conjunction with a parish in the archdiocese of Chiapas said that believers from a weekend pilgrimage to Veracruz returned to the Basilica of Guadalupe in Mexico City, Mexico's most important Catholic shrine.

The accident occurred along a section of the freeway known for its hairpin bends, fog and occasional accidents.