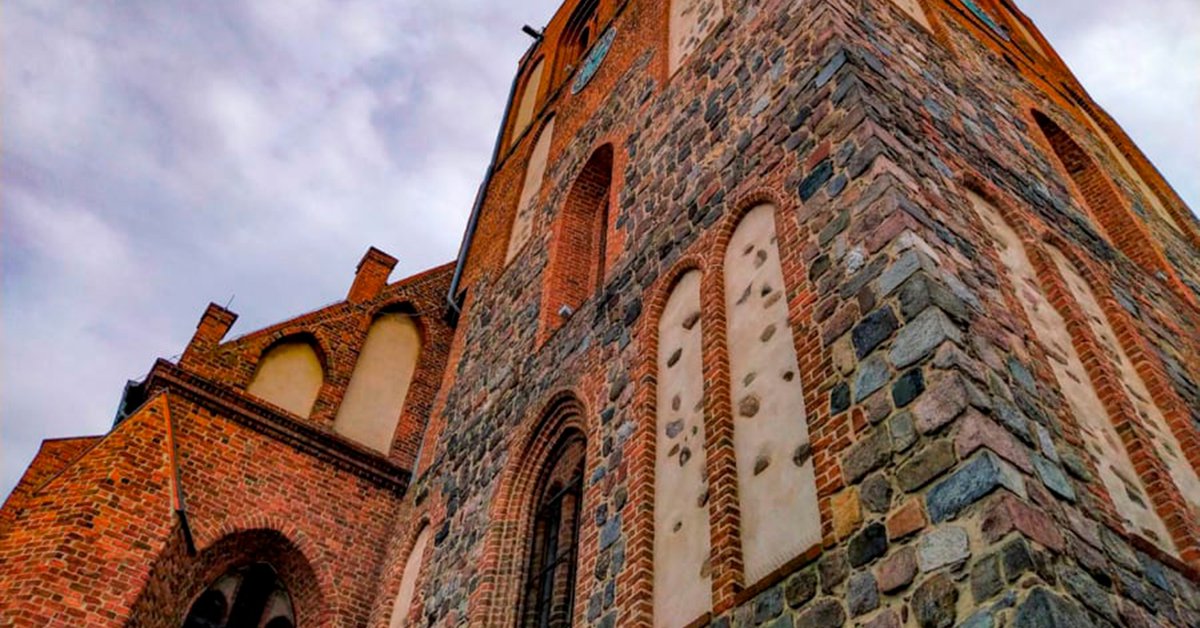 Legend has it that in the West Pomeranian region, somewhere in the villages of Chwarszczany, Myślibórz and Rurka – near the border with Germany – the Holy Grail is hidden, the chalice that Jesus drank at the Last Supper and which later contained his blood. “Legend has it that the Templars, under cover of darkness, sank a wooden box with gold coins and the Holy Grail.”Marek Karolczak, a local historian, told the story CNN Travel. The lake mentioned in the stories dried up a long time ago, “and the treasure has been stolen or lost forever in the swamp,” he added.

Archaeologists are now examining one of the chapels that the Order built in western Poland after its return from the Holy Land. In the small town of Chwarszczany there is the St. Stanislaus Chapel, Built in 1232 by the Templars as a place of worship and defensive structure with red bricks.

According to recent research, the chapel also served as the final resting place for several Knights Templar appears to hide a secret passage leading to an underground chamber.

The chapel is arranged according to the rule of the Templars, a complicated code that the knights obeyed for fear of being banished from the brotherhood. The building looks defensive, with high walls that can withstand both attacks and the ravages of time.

“Our GPR (ground penetrating radar) discovered Gothic crypts with the remains of Knights Templar under the chapel,” said local archaeologist Przemysław Kołosowski to the North American chain. “According to medieval legends and documents, there was a fountain around the chapel. It is rumored that the well served as an entrance to a secret tunnel.

Another, also secret, underground tunnel runs under the nearby town of Myślibórz. Only half an hour’s drive – four hours on horseback – from Chwarszczany, the city was founded by the Templars in 1238. “Could archaeologists be there to uncover a cache of Templar treasures or perhaps the Holy Grail itself? Time and careful excavations will tell, ”enthuses the medium.

The Knights Templar have long fascinated historians and archaeologists, also because of the shady aspects of some of their practices. The order was founded in Jerusalem in the 12th century to protect pilgrims from the Holy Land. He grew into a powerful force across Europe, enjoying papal privileges, tax exemptions, and generous donations while attaining legendary status.

It is said that they became the protectors of the Holy Grail and the Ark of the Covenant, a chest that would contain the remains of the 10 commandments. Stories about her inspired action in the Indiana Jones films and Dan Brown’s “The Da Vinci Code”.

“In those days, the appearance of the Knights Templar in the area was a popular trend,” says Marek Karolczak, a local historian for the chain. “This is the time of the Crusades. The local rulers wanted to strengthen their power by asking the military orders to settle on their land and build commanders. “

In medieval Europe, comandancias were the smallest administrative units of land and property ruled by a military order. “”The investigation shows that there were three commandos in this area: in Myślibórz, in Chwarszczany and in Rurka. The distance between them was about four hours on horseback”, Karolczak cube.

After the Knights Templar were expelled from Myślibórz at the end of the 13th century, their legendary treasure disappeared. Karolczak says that according to local belief, the Templars themselves sank the treasure in a nearby lake: According to legend, the Templars sank a wooden box with gold coins and the Holy Grail under cover of darkness. The lake, which used to be near the village of Świątki – also owned by the Knights Templar – has dried up and the treasure has been stolen or lost forever in the swamp.

What if they found the body of Jesus Christ in the tomb?

The tomb of Jesus Christ was opened after centuries of mystery

“I know who gives and who doesn’t”: the accusation of a Spanish priest against the parishioners of his parish who went viral in networks