Michael Moore: I'll surround the US Capitol with a million other people to stop Trump's SCOTUS affirmation 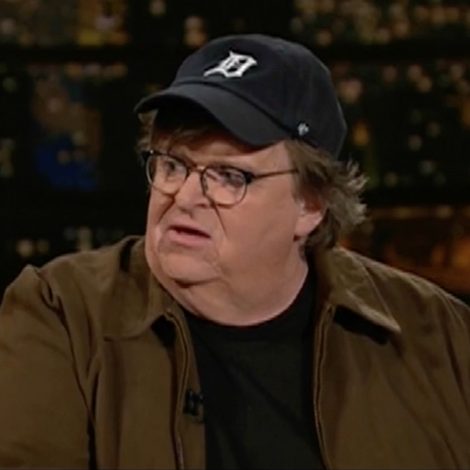 Michael Moore appeared on Real Time with Bill Maher urging his liberal colleagues not to give up hope of the inevitable ratification of President Donald Trump's Supreme Court.

Bill Maher began asking Moore about the plan "Hail Mary", which he allegedly should have prevented the Justice Anthony Kennedy .

"Listen, the Senate is now 50-49. Unfortunately McCain will not be able to vote, so it's a 50-49 vote," explained Moore. "Come on, we have to postpone it until after November."

"And I do not trust any Democrat," Maher said to Moore.

"We have to hold the democratic seats we have, but look, 90% of the incumbents are always returned," Moore continued. "The Democrats in Montana and North Dakota, West Virginia, have to do their jobs, they will do their job, our job is to win Nevada, Arizona and Tennessee and they could all be won!"

Maher pushed back and insisted that the 201

8 confirmation would take place before the mid-term, but the documentary filmmaker insisted that they "have to find ways" to prevent that from happening.

"I will join one million other people surrounding the United States Capitol," Moore replied. Bill, let me tell you something, if this judge goes through at least for the rest of our lives, it's a right court, that's it, it's over. "

See the clip above, HBO

Do you have a tip we should know? [email protected]