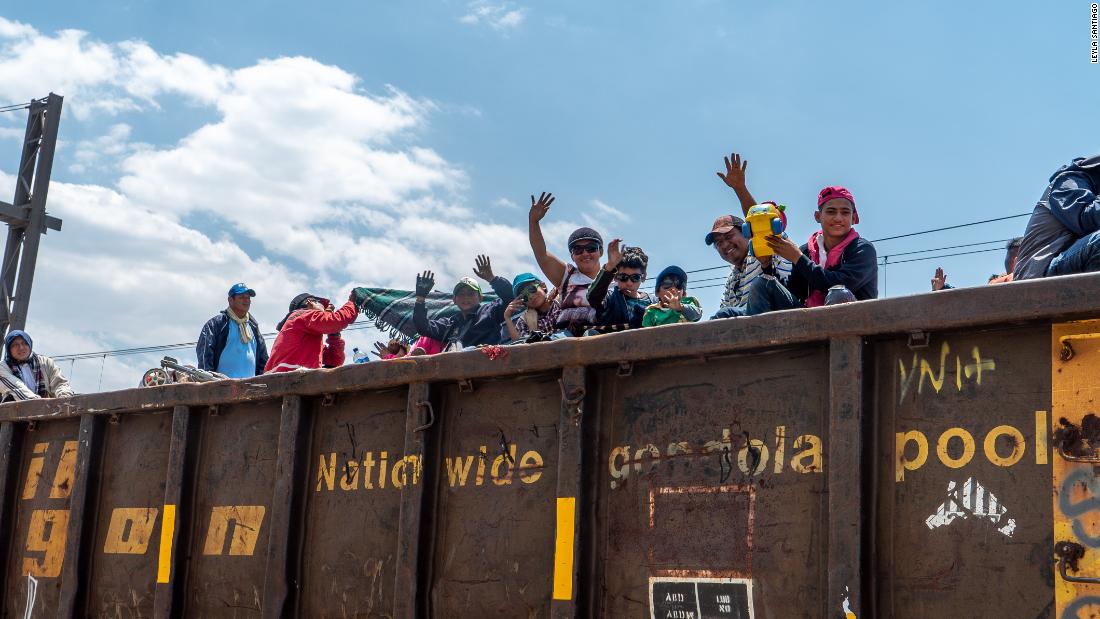 About 50 Central Americans from the caravan arrived in Juventud 2000 in Tijuana, Mexico, an organization that supports migrants in this border town.

Of these, about 10 have gone to the US authorities at the border. Others are waiting for a larger contingent of the caravan before heading north, said Jose Maria Garcia Lara, director of Juventud 2000.

Many of the migrants say they are fleeing violence and poverty in Central America. They are part of a caravan that had gathered weeks ago on the southern border of Mexico, and then moved through the country as part of an annual pilgrimage to bring light to the refugees of the migrants.

This year's trip was much stronger than usual with a series of tweets on a Sunday morning by Trump. At the end of this week, Trump sent National Guard troops to the border to warn of a security crisis.

While political pressure on the caravan north of the border arose, migrants continued their journey in Mexico.

Some individuals and smaller groups split off along the way. And the largest contingent is much smaller than it was at the beginning. About 1

200 migrants from Central America began their journey. According to a recent head count by the organizers, the group was closer to 600.

The larger group is according to organizers still days away from the border.

But some migrants from the caravan have slipped into Tijuana Juventud 2000, which works with caravan organizers to provide shelter to incoming migrants.

The first caravan members arrived sporadically last week. Then a group of about 25 people arrived this week, Garcia Lara said.