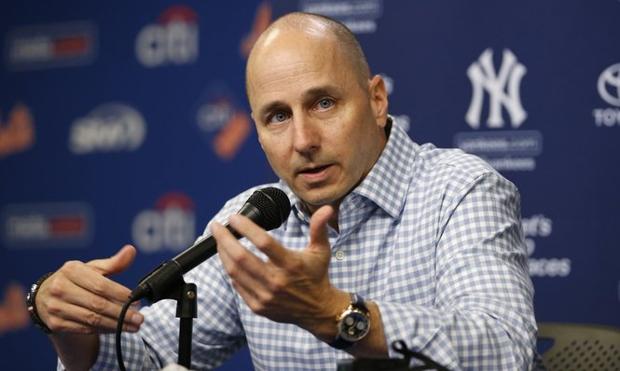 The Yankees and Mets were in contact with trades, according to a report by New York Post Ken Davidoff and George King.

(Yankee's General Manager), Brian Cashman confirmed Thursday that he has spoken several times with the Mets, who are out of the question and therefore must at least consider how they are the young Frontline members handle their startup rotation. The Yankees Director General intends to maintain these talks through the Mets' front-office transition, in which Omar Minaya, JP Ricciardi and John Ricco have taken interim GM assignments after (General Manager) Sandy Alderson received a medical leave and hinted that he probably would not return to the job.

Million (19659002) Yankees owner Hal Steinbrenner has said it's a "necessity" to tackle the rotation there's enough cash in the chests to do it.

The Yankees spent the offseason and spring training, which started teetering, saying with Cashman repeatedly saying that it was a "stated goal" to add to the turn.

The Yankees have suffered a few strokes on an already thin rotation. It lost Jordan Montgomery to Tommy John's operation. Masahiro Tanaka was also out for a couple of weeks with two strained hamstrings.

Meanwhile, the Mets were able to swap their best jugs. Jacob deGrom and Noah Syndergaard would greatly complement each rotation. Playing one of them alongside Yankees ace Luis Severino could boost the Yankees' hopes for the World Series, but at what price? Cashman has said that he will not treat the novice sensation Gleyber Torres.