As we approach the inevitable announcement and release of the ninth generation of video game consoles, the industry is in a state of flux. With enormous changes to both gaming technology and infrastructure now at the forefront of consumer and developer consciousness, the next few years is one of uncertainty, so where are the biggest shifts predicted? 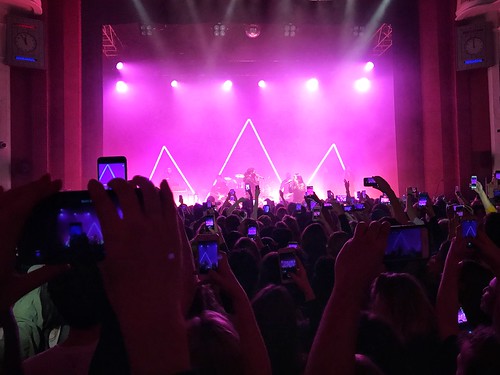 According to studies compiled by publications such as WEPC, the market expecting the greatest proportional representation going forward is that of smartphones and watches. This is a side of the industry that has become increasingly popular in recent years, making up 24 percent of the market in 201

This growth is made possible through several different means. The first is the increasing ubiquity of smartphones in our daily lives. Forecasts here still paint an upward trajectory, with total worldwide penetration increasing by 400 million units in just the three-year period of 2016-2019.

Alongside this popularity is the increased attention developers and publishers have been showing to the mobile gaming sphere. Major AAA gaming publishers and developers have proven hesitant to enter this marketplace, but progress from others and related industries have revealed the possible potential.

Online casinos, for example, have been some of those most progressive in their adoption and adaption of mobile technologies, and have found overwhelming success since the early days of mobile gaming. Websites like redbet, while starting as desktop experiences, manage to offer direct translations onto smartphones and tablet devices.

With hundreds of games like slots, roulette, and poker, this industry has been one which has illustrated the flexibility of mobile capabilities, and now the AAA gaming industry is increasingly following suit.

On the more traditional video gaming front, perhaps no two individual games have been as influential in driving modern mobile gaming attention as Fortnite and PUBG. Explosive hits on PC and consoles, these games are some of the biggest in the world and bring in tens of millions of players a week.

By combining this popularity with mobile convenience and connectivity, mobile devices have effectively risen to the level of undeniable gaming mainstay, far from their primitive roots.

If you want to have good gaming experience, you can use some of the best gaming glasses in the market.

The final part of this equation we need to take into account is the lower barrier to entry mobile devices have in terms of gaming experiences. While PCs and consoles still tend to be what most players think of when they consider gaming, many of their games are expensive, as are the systems themselves.

Mobiles, on the other hand, tend towards games that are either free to play or which are at the very least considerably cheaper than their consoles and PC counterparts.

Taking these factors into account, it’s not surprising to see just how mobile gaming has taken its place as the fastest growing part of the modern gaming industry. Still far from the technological and infrastructural stagnation of its predecessors, this side of the industry is still primed with opportunities.

Don’t expect it to ever take the place of more traditional gaming experiences, but make no mistake, the days of mobile devices being related to second-class gaming status are now firmly in the past.