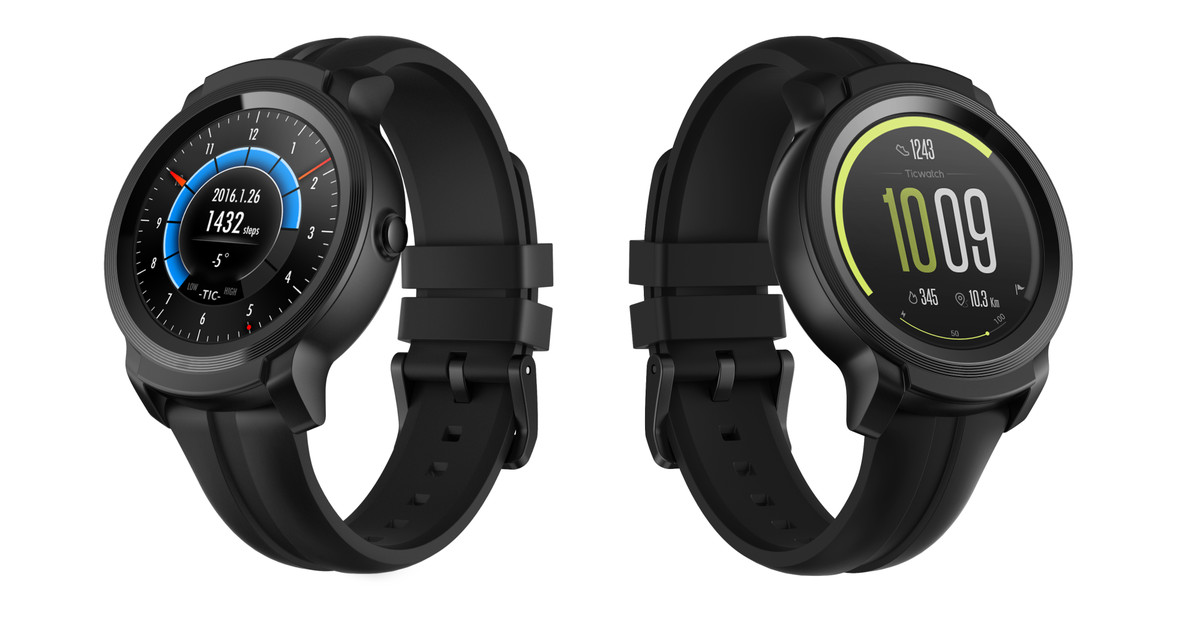 Mobvoi today unveiled its TicWatch E2 and S2 smartwatches at CES, the first of its Wear OS watches to receive a series of features called TicMotion. The company states that its watches can detect movements and gestures to trigger different functions automatically. For example, if you start cycling, your driving statistics will be automatically tracked without you having to set the watch to bike mode beforehand.

The Express and Sport E2 and S2 are the sequel to Mobvois TicWatch E and S, originally launched through Kickstarter in 2015. Both watches are durable enough for intense physical activity, equipped with 5ATM water resistance, so you can track your swimming activities. They share almost the same specifications and run on the ubiquitous yet outdated Qualcomm Snapdragon Wear 21

00 chip with 1.31-inch AMOLED display and a battery capacity of 415 mAh. The biggest difference between the two could be that the TicWatch S2 is designed to last even more, as it is currently approved for military compliance.

Mobvoi says TicMotion can even detect which punches you are practicing and which are included with cycle detection out of the box. There are a number of other TicMotion features that will be available as wireless updates in the future and will affect other Mobvoi portable wearables as well. Hooking your wrist on your watch activates Google Assistant, and gestures can be assigned to other apps. Mobvoi says it will eventually crash as well, like the Apple Watch Series 4. The watches also have the standard fitness watch features like accelerometer, gyroscope and heart rate sensor.

There is no pricing or publication date yet, but an official product launch should not be too far away.