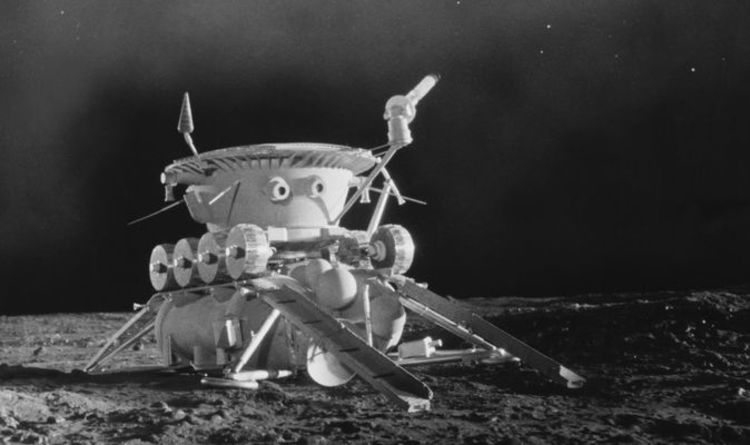 Apollo 11 launched on July 16, 2008, with Armstrong and Buzz Aldrin, sitting down in front of a two-hour moonwalk. However, NASA's website reveals a lesser-known story – that of Luna 15, the second Soviet attempt to recover and bring lunar soil back to Earth, which was originally scheduled to take place on the lunar surface. Launched in Kazakhstan just before 3am GMT on July 13 – 3 days ago Armstrong, Aldrin and Michael Collins took off at a Saturn 5 Rocket from Kennedy Space Center in Florida – Luna 15 what an unmanned mission, with the sample weighing 12,500lb. [19659002] However, before being launched because of mass constraints, its designers were forced to remove two three-pound radio transmitters, leaving just one for the entire journey

On the way to the Moon, Luna 1

Two orbital corrections were carried out on July 19 and 20 to put Luna 15 into place for an attempted landing.

NASA's website says: "The original plan was for Luna 15 to embark on the moon less than 2 hours after Apollo 11, but it's not to be."

"Unsure of the terrain below, controllers delayed

Armstrong and Aldrin were back in the lunar module preparing to take off for their return journey July 21, 1969, barely two hours before the Apollo 11 took off, Luna 15, now on its 52nd orbit around the Moon, started its descent.

However, during the descent, abruptly stopped after 237 seconds, at which point the spacecraft was about two miles above the lunar surface.

NASA adds: "Later analysis indicated that Luna 15 had probably crashed onto the side of a mountain (at something like 298 miles per hour or 480 kilometers per hour)

"Luna 15 crashed about nine miles (15 miles) laterally away and 28 miles (45 kilometers) ahead of its assumed location.

Audio recordings of British technicians at the Jodrell Bank are watching Luna 15's descent were made public on July 3, 2009.

Significantly, despite the fiercely competitive space race, the USSR did not actually share the Luna 15 flight plan with NASA to minimize the chances of collision with Apollo 11.