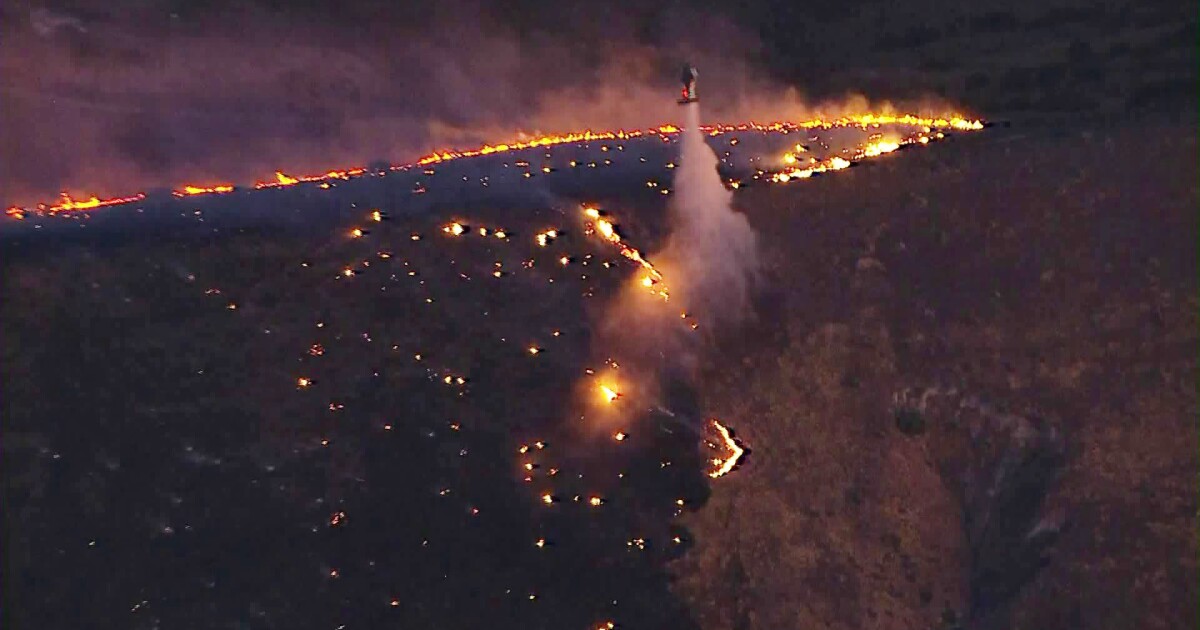 The freeway is getting freckled in the morning and it's about to start flying again.

The freeway was closed beginning at 4 am between Agua Dulce Canyon and Sand Canyon Roads, according to the California Department of Transportation.

Neighborhoods on both sides of the freeway were under evacuation.

Northbound traffic on the 14th freeway wants to turn around at Golden Valley Road.

Caltrans officials did not say when the freeway would reopen.

In the early morning hours, the motorists were surrounded by flames after the fire hit the freeway, as it was pushed south by strong santa ana winds. Drivers could be seen in bumper-to-bumper traffic as they attempted to navigate the roadway.

The freeway closure was expected to cause major backups during the morning commute.

Caltrans officials are requesting to avoid the area.

The #TickFire has jumped the 1

4 Freeway. Freeway is closed between Golden Valley and Agua Dulce. Please find alternative routes for your morning commute. Our first responders need to get to where they need to go to protect their lives and property. #AvoidTheArea