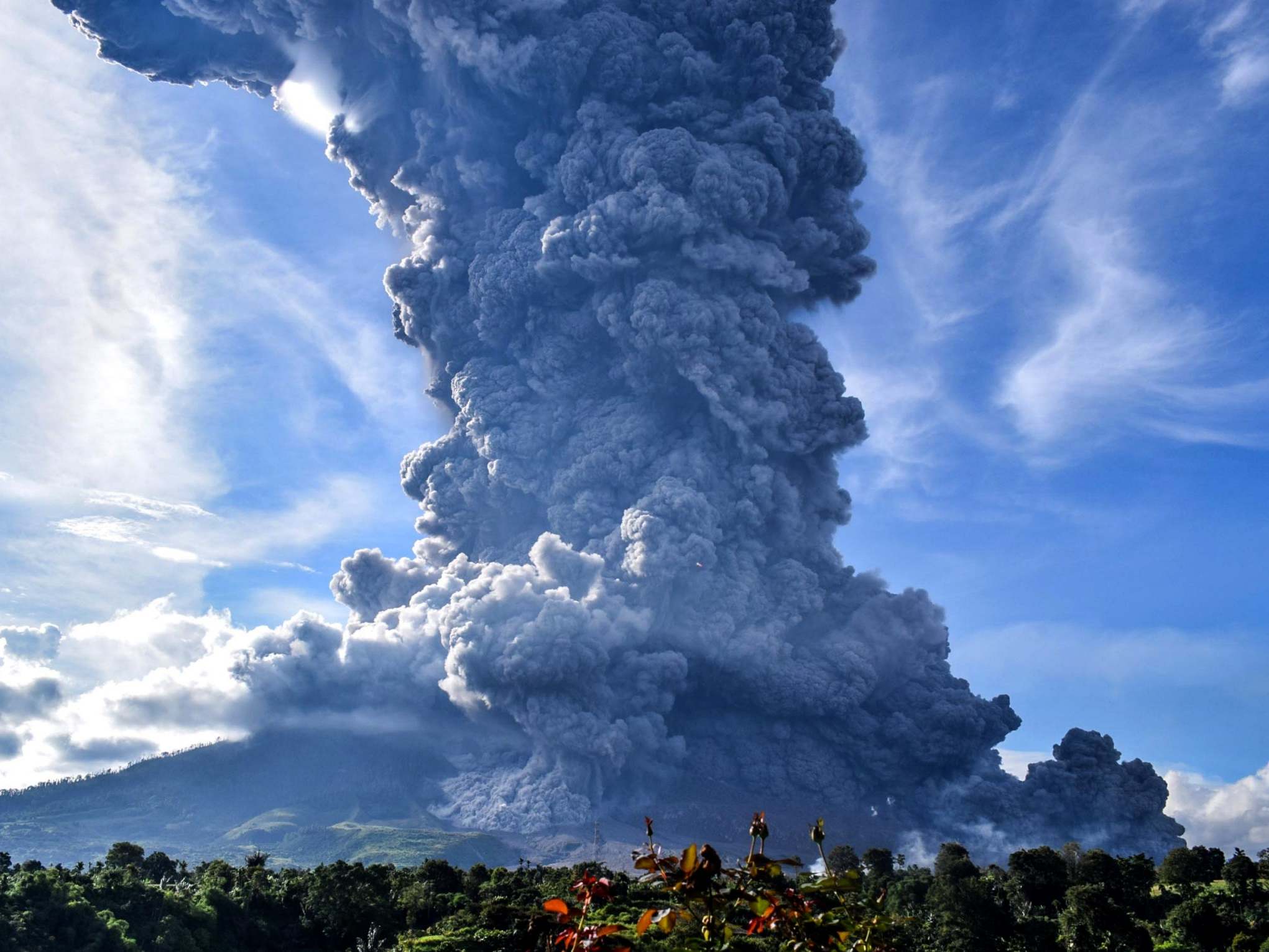 A huge column of ash erupted almost five miles into the sky above the Indonesian island of Sumatra after an active volcano erupted.

Mount Sinabung blew for a few minutes on Sunday, causing panic among the island's residents.

We'll tell you what's true , You can form your own view.

"After the eruption, from midnight to 6 am, there were a few aftershocks," said Willy, a scientist at a Sinabung observatory.

Standing at 2,460m tall, Sinabung was inactive for around 400 years before it erupted in 2010, killing two people.

More than a dozen people were killed and thousands were forced to flee when it erupted in 2014 and during a February 2018 eruption it released a plume of ash which blew away much of its summit.

It is particularly prone to seismic activity due to its location on The "Ring of Fire," an arc of volcanoes and fault lines encircling the Pacific Basin. Additional reporting by agencies