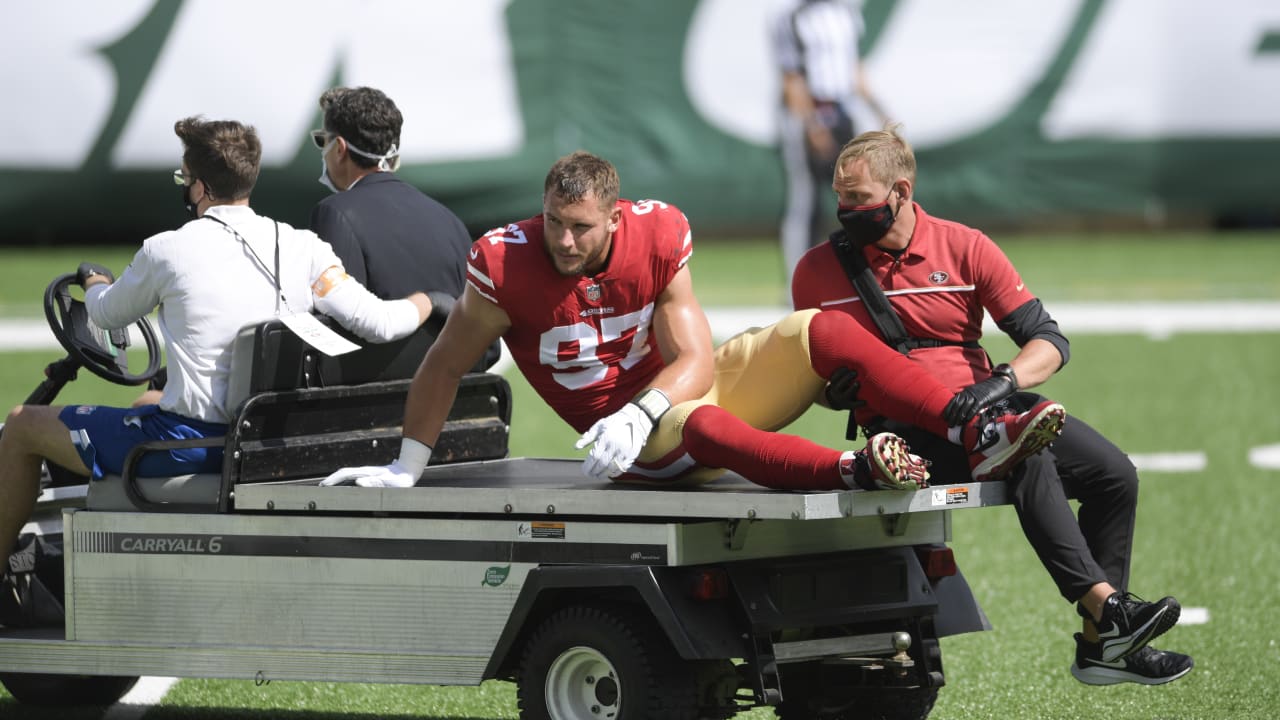 After a Sunday win against the Jets, recalled for any 49ers losses, San Francisco manager Kyle Shanahan said he believed the end of star defensive Nick Bosa tore his ACL apart.

An MRT confirmed Monday that Bosa actually tore up his ACL and will be lost for the season, NFL Network insider Ian Rapoport reported. The team later also announced the confirmation.

It’s the latest in a growing number of injury problems for the Niners, but this is the most monumental yet.

As a rookie, Bosa burst on stage and was a driving force in the 49ers making the Super Bowl after being selected runner-up in the 201

9 NFL Draft. The 2019 AP Defensive Rookie and # 17 in the NFL Top 100, Bosa made an instant impression on the 49ers and his loss is undoubtedly an immediate devastation.

Bosa had lost nine sacks, 47 tackles, 25 quarterback hits and 16 tackles as a rookie. In two games in 2020, he had completed six tackles and one forced fumble.

With Dee Ford (neck) also injured and missing the Jets game, the 49ers signed the defensive end of Ezekiel Ansah to lessen the blow.

From day to day until the end of the season, the 49ers have dealt with a long, curvy, and depressing injury history that includes Deebo Samuel, Jimmy Garoppolo, Raheem Mostert, Brandon Aiyuk and so on and so forth, of course, Bosa.

On a 1-1 start, the 49ers got the news they expected on Monday but it certainly doesn’t protect them from the storm of injuries that seems to never end.

San Francisco will face the Giants on Sunday, where they will play again at Met Life Stadium, where Mostert, Garoppolo and Bosa were injured in Week 2.

One of the brightest young defensive stars in the game has gone missing for the season and reigning NFC playlists are forced to move on.