Myanmar transit camps are empty, while Rohingya fear to return 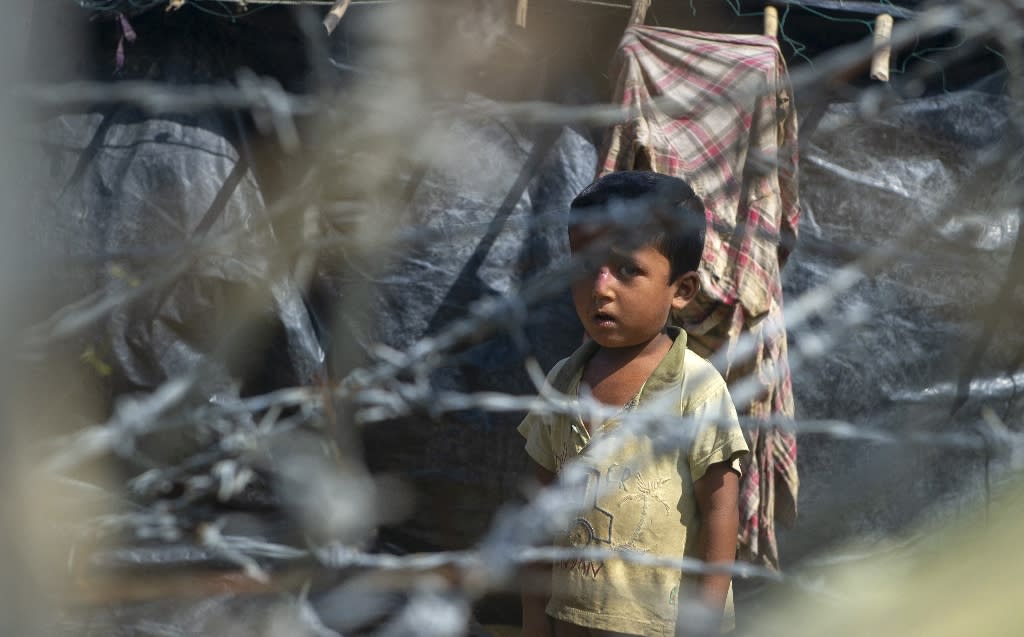 The Transit Camp in Myanmar's Rakhine State is ready to welcome 150 Rohingya refugees from Bangladesh every day.

But on most days it is completely empty, as members of the stateless minority are afraid to return to a place where they were forcibly evicted. "We are ready to receive them since January when we opened them," said Win Khaing, immigration director at Nga Khu Ra. on Friday in a deserted camp with reporters during a two-day government visit to the area.

The result is a stalemate when Myanmar is awaiting immigration officials in empty offices, shuffling papers and arranging biometric equipment. With little or nothing to do but welcoming visiting delegates and journalists.

Less than 200 Rohingya Muslims were displaced in the northern Rakhine state of Myanmar by the 700,000 who fled a violent army blast in August 1965. Rohingya – Women say they have been raped by security forces, witnesses reported mass executions and a merciless act of violence that the UN said would be equivalent to ethnic cleansing.

Myanmar says it has targeted only militants Military has admitted a case in which it executes captured suspects.

Even the limited number of Rohingya who have returned has done all this in obscure circumstances.

In April, the government drummed the arrival of a Rohingya family of five later popped as a PR stunt when they emerged, they had come from a buffer area between the two countries that technically belongs to Myanmar.

Nevertheless, the local authorities have created a billboard with several large family photos near the border. Photos of steps of repatriation ".

In recent months, Myanmar has said that dozens have been repatriated from Bangladesh after illegally crossing.

It says that other refugees flee by boat to Bangladesh, but in Myanmar Bangladesh does not recognize them as legitimate returnees

Nine Rohingya, who were reportedly illegally released from prison in May, were brought together by officials from Myanmar on Friday.

However, there were some cracks in the story and some said they had never been to Bangladesh before being "repatriated" from the prison in Myanmar [19659016] "We were arrested last November (in Myanmar) and sentenced to four years imprisonment under the Immigration Act," said Yar Sein, 35, peasant and father of four children.

"We were arrested from school and accused of coming from Bangladesh, we were not in Bangladesh."

The ongoing delays in repatriation have also weighed on relations with Bangladesh, which are planning to send a protest note, after a 10-year-old Rohingya boy in the buffer zone was hit by a bullet Myanmar's side on Thursday.

Myanmar says it shot at people who tried to damage the border fence.

As the two countries hold each other responsible for the delay, Myanmar has begun a huge development project in the north Rakhine, planned Rohingya cities and seized the entire landscape in the name of reconstruction.

The UN has stated that the conditions in Rakhine are not ripe for safe, voluntary and dignified repatriation, but an agreement with Myanmar has signed to allow refugees to make an informed decision

A US report on human trafficking (TPS) downgraded Myanmar on Thursday for failing to protect Rohingya Muslims who wanted to flee from the crackdown and making them vulnerable to exploitation and human trafficking.

The Rohingya are abhorred by many in Myanmar, where they were deprived of their citizenship and branded illegal immigrants from Bangladesh, even though Rakhine was called their homeland.

Min Aung Hlaing, the army chief, said last month that Rohingya had nothing to fear as long as they stayed there, places that were "designated" for them, raising fears that they would be put back into apartheid-like conditions they escaped.

Ye Htoo, district administrator in Maungdaw – the epicenter of violence in the western state – told reporters Myanmar is "planning to create a good environment so they can stay when they come back."

Nevertheless, he admitted: "There is nobody" in the camps.

Residents have also spoken They were unwilling to live alongside their former neighbors, who associate many with a militant Rohingya group that has attacked police.

Khin Soe, a 30-year-old Buddhist ethnic Rakhine woman from the village of Inn Din, said she was still worried.

"If the government really plans to relocate them here, we'll leave this place."