Mysterious holes in the Antarctic sea ice, explained by years of robot data 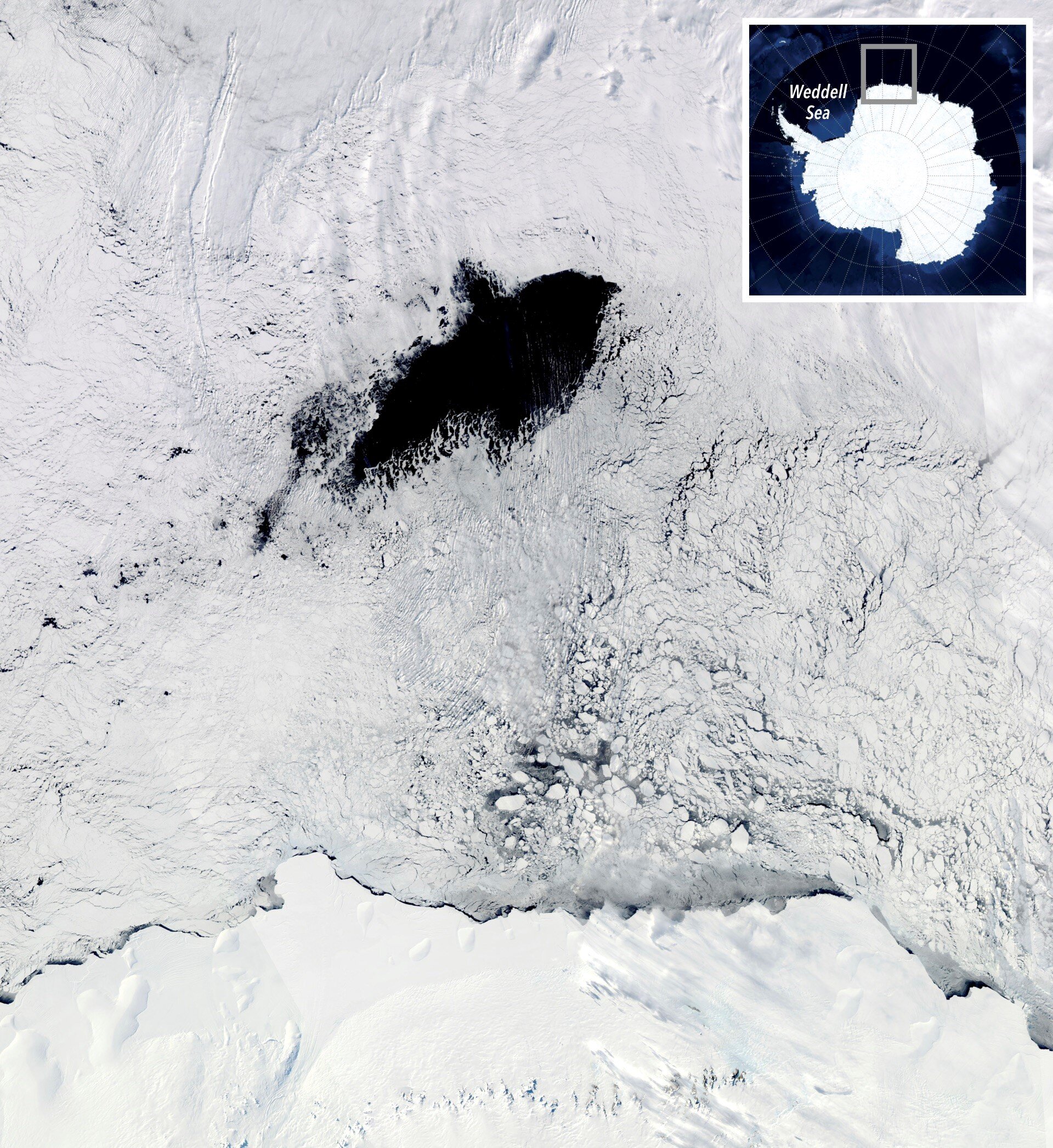 The winter ice on the surface of the Antarctic Weddell Sea occasionally forms a huge hole. A hole that occurred in 2016 and 2017 met with great interest among scientists and reporters. Although major gaps had formed decades ago, this was the first time that oceanographers had the opportunity to truly monitor the unexpected gap in the sea ice of the Antarctic winter.

A recent study by the University of Washington combines satellite images of sea ice cover, robotic drift and even seals with sensors to better understand the phenomenon. Research explores why this hole occurs in just a few years and what role it could play in the larger ocean circulation. The study was published on June 10 in the journal Nature. We thought that big hole in the sea ice – known as Polynya – was something rare, maybe a process that had gone out. But the events of 2016 and 2017 forced us to re-evaluate this, "said lead author Ethan Campbell, a UW PhD student in oceanography." Observations show that the youngest Polynyas have emerged from a combination of factors – the one of unusual marine conditions and, on the other hand, a series of very intense storms whirling over the Weddell Sea with almost hurricane-like winds. "

Polynya, a Russian word meaning" hole in the ice ", can form near the coast, when the wind blows the ice, but it can also appear far from the coast and last for weeks to months, serving as an oasis for penguins, whales, and seals to emerge and breathe.

This special place far from the Antarctic coast often has small openings and has seen large polynyas before.The largest known Polynyas at this location were in 1974, 1975 and 1976, shortly after It was the launch of the first satellites when an area the size of New Zealand remained ice-free for three consecutive winters in the Antarctic, despite temperatures well below freezing.

Campbell joined the UW in 2016 as a doctoral student to better understand this mysterious phenomenon. In a scientific stroke of luck, for the first time in decades, a big one reappeared. A NASA satellite image in August 2016 drew the public's attention to a 33,000 square kilometer gap that occurred for three weeks. An even larger gap of 50,000 square kilometers occurred in September and October 2017.

It is believed that the Southern Ocean plays a key role in global ocean currents and carbon cycling, but its behavior is poorly understood. It is home to some of the planet's most violent storms, with the winds whipping around the continent in the 24-hour darkness of the polar winter. The new study uses observations from the Southern Ocean Carbon Solar Observation and Modeling Project (SOCCOM), which presents instruments for monitoring Antarctic conditions that fluctuate with the currents. " causes a number of factors, all of which must be coordinated so that they can occur, "Dr. Co-author Stephen Riser, Professor of Oceanography at UW. "Several of these things could happen every year, but if you do not get them all, you will not get Polynya."

The study shows that winds that bring the Antarctic closer to shore have a stronger effect of upward mixing in the eastern Weddell Sea. In this region, an underwater mountain, known as Maud Rise, forces dense seawater around it, leaving a spinning vortex above it. Two SOCCOM instruments were trapped in the vortex via Maud Rise and recorded there for many years.

The analysis shows that strong winter storms in particularly salty surface seas, as observed in 2016, can trigger an overturning circulation. Warmer, saltier water from the depths is whirled up to the surface where air cools it and makes it denser than the water below. When this water sinks, it is replaced by a relatively warm, deep water of about 1 degree Celsius, creating a feedback loop in which the ice can no longer reform. Ocean measurements were also collected from seals swimming with temporary satellite tags under the sea ice. They showed normal water conditions in the years without large Polynyas. Credit: Dan Costa / University of California, Santa Cruz

Under climate change, the surface layer of the Southern Ocean becomes less dense with fresh water from melting glaciers and other sources, which could mean less Polynyas in the future. But the new study questions this assumption. Many models show that the winds surrounding the Antarctic are getting stronger and moving closer to the coast – the new paper suggests that more Polynyas are forming, not less.

These are the first observations that prove that even a smaller Polynya like the one in 2016 moves water from the surface to the deep ocean.

"Essentially, it's a tipping over of the entire ocean rather than an injection of surface water on a one-way trip from surface to depth," said co-author Earle Wilson, who recently completed his doctorate in oceanography at the UW.

One possibility that surface polyny is important to the climate is the deepest oceans in the world, known as Antarctic groundwater. This cold, dense water lurks beneath all other water. Where and how it occurs affects its properties and has ripple effects on other major ocean currents.

"At the moment, people believe that most of the groundwater is in the Antarctic shelf, but these large offshore polynyas could have been more common in the past," Riser said. "We need to improve our models so we can study this process, which can have a bigger impact on the climate."

Large and long-lasting Polynyas can also affect the atmosphere as deep water containing carbon from sunken life forms centuries and dissipates on the way down. Once this water reaches the surface, carbon can be released.

"This deep carbon reservoir has been enclosed for hundreds of years, and in a polynie it can be aerated on the surface by this really violent mixing," Campbell said. "A big carbon emissions event could really shake the climate system if it happens for several years in a row."