NASA engineer: Saturn's moon Titan could be "a fantastic place to live" 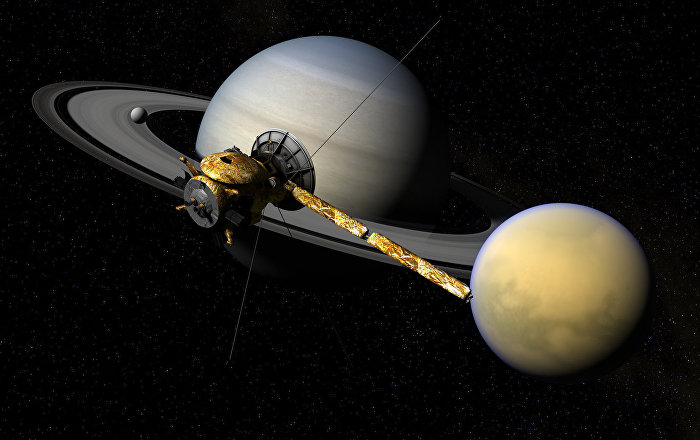 With several nations resurrecting or launching their manned space programs and even exploring lunar and Martian bases, the natural question is, where to go? During a Reddit Q & A week last week, a NASA engineer said Saturn's moon Titan might one day be home to people.

"How about one of the water worlds in our solar system – Titan," Janelle Wellons wrote the popular Message Board last week. Wellons and other engineers, scientists, pilots, and project managers from NASA 's Jet Propulsion Laboratory answered a series of questions about The Final Frontier and the plans of the US Space Agency to explore it.

"Titan is the largest Saturn moon, larger than the planet Mercury, so I think we could get involved with a lot of space," she said. The murky yellow moon has 14 percent of Earth's gravity, which means he would not feel at home, but his thick atmosphere would make life a lot easier than the thin air of Mars or the Earth's Moon, where people wear special pressure suits would have to.

"It's so dense that we could actually attach wings to our arms and fly on this moon," Wellons noted.

"Titan is the only place besides the earth where lakes and oceans are known for surface liquids, these liquids are made of methane, but with the right kind of protective equipment you could theoretically be able to swim without damage", she noticed. Of course, the average temperature on Titan – far from the sun and swirling clouds – is -90 degrees Fahrenheit (-179 degrees Celsius). It also takes years for astronauts to get there. During this time astronauts would have to endure radioactive waves of the sun, microgravity and the sheer emotional and physical burden of the journey.

The Wellington-based Cassini probe took seven years to reach the Saturn system for its investigation of Titan, yielding much of the information we have about the Moon today.

Other scientists have also propagated the idea of ​​a human base on titanium. British astrophysicist Brian Cox of the University of Manchester once said in an episode of BBC presenter Stephen Fry's "QI – Quite Interesting" show that one could destroy an Ewok in one of Titan's lakes with super-cold liquid methane.

"I do not know, it just seems like a great place to live," Wellons told the curious Redditors. No argument there!