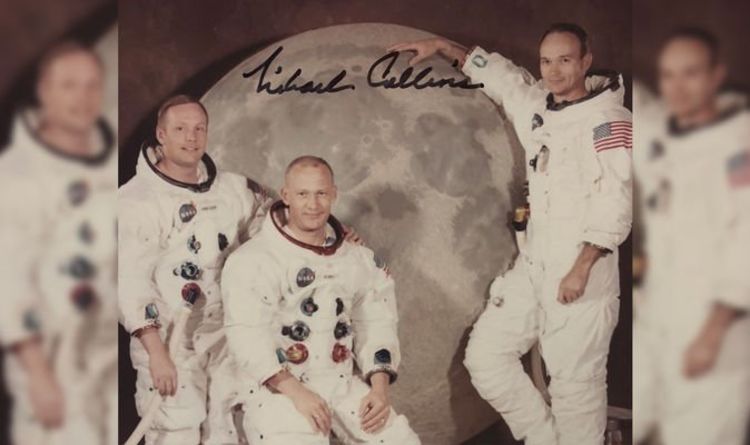 NASA landed the first two astronauts on the moon on July 20, 1969, ending the US space race to the moon. At the Apollo landing, astronauts Neil Armstrong and Buzz Aldrin ran on the moon for the first time in human history. But the two astronauts belonged to a three-headed crew, and without the command module pilot Michael Collins in the lunar orbit, the moon landing would never have been successful. Now that the 50th anniversary of the moon landing is approaching, Mr. Collins has unveiled an incredible photo that has not seen the light of the world for half a century.

1 astronauts posing in front of a lunar model.

Mr. Collins tweeted, "The crew found this on the bottom of a box. I do not think it ever was used by @NASA. #TBT @TheRealBuz."

The three NASA astronauts in the group shot They were all in their thirties when they embarked on their historic journey to the moon.

NASA may not have used this image, but over the years other iconic images from the same shoot have been used.

The photo has now been seen by thousands who praised Mr. Collins and his teammates.

Astrophysicist Gian Luca Masi, director of the Italian virtual telescope project, tweeted: "I love it, Michael, thanks for sharing!"

READ MORE: Incredible behind-the-scenes photos reveal the condemned Apollo-13 Mission [19659002] Twitter user @catpancake said, "Good that NASA did not use it. They must have had hordes of screaming girls like the Beatles.

"Great photo. Thank you for sharing this, sir. "

And Wafa Sadri said," This picture shows three good friends embarking on a historical journey. Such a human picture, I love it.

When Commander Armstrong and Buzz Aldrin walked the moon, Mr. Collins was responsible for the Command Module in Lunar Orbit.

READ MORE: Why did that happen? Apollo 11 flag wave and landing flap in space?

The astronaut told the Smithsonian Museum about his time beyond the moon.

The crew found this on the bottom of a box that it was ever used by NASA.

He said, "It was a wonderful experience, and it was beautiful in a way you might not expect but the fact that it was quiet and absolutely quiet was good and not bad.

"It helped me a little bit I have a time off from Mission Control to tell me this, that and the other.

Prior to the Apollo program, Mr. Collins served as a pilot for NASA's Gemini program.

After the success of the Apollo 11 mission, the astronaut retired from space flight forever.

NASA said, "Collins retired as a Major General from the Air Force and left NASA in 1970.

" He not only served as deputy secretary to State of Public Affairs, but also became director of National Air & Space Museum of the Smithsonian Institution, which operated from 1971 to 1978 and oversaw the construction and opening of the museum. "