NASA shows aerosols around the world in a vivid picture 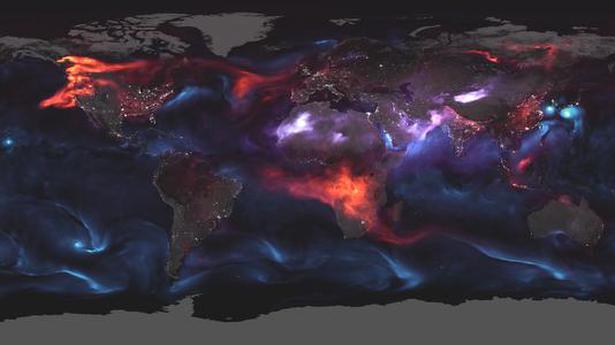 Aerosols – they are all around you and you breath millions of them in that second. These tiny solid and liquid particles suspended in the atmosphere include dust, smoke, pollen, soot and even volcanic ash.

Earth observation satellites use the Moderate Resolution Imaging Spectroradiometer (MODIS) to measure the optical thickness of the aerosol hundreds of miles across the Earth. These measurements are based on the fact that aerosols change the reflection and absorption of visible and infrared light in the atmosphere. NASA has now published a vivid picture showing the flow of aerosol across the face of the earth. NASA: "An optical thickness of less than 0.1

The image published on August 23, 2018 shows the atmospheric aerosols on that day based on data from the satellites Terra, Aqua, Aura and Suomi NPP.

According to NASA, "That day, huge plumes of smoke raged across North America and Africa, three different tropical cyclones raged in the Pacific Ocean, and large clouds of dust blew over deserts in Africa and Asia."