قالب وردپرس درنا توس
Breaking News
Home / Science / NASA studies the sounds of the sun, and that's how they sound

NASA studies the sounds of the sun, and that's how they sound 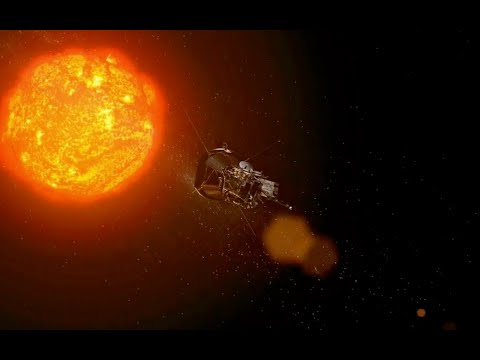 STATEN ISLAND, NY – A new video from NASA publishes the sounds of the Sun's movement – including all of its sound waves, loops and eruptions.

For over 20 years, data from the European Space Agency (ESA) and the Sun and Heliospheric Observatory (SOHO) of NASA captured the "dynamic movement" of the solar atmosphere.

The sounds allow scientists to study what can not be observed with the naked eye.

"Waves traveling and bouncing in the sun, and if your eyes were sensitive enough, they could actually see it," said Alex Young, Deputy Science Director in the Heliophysics Science Division at NASA's Goddard Space Flight Center in Greenbelt. Md.

The data from SOHO captures the natural vibrations of the sun and provides scientists with a concrete representation of its dynamic movements.

This allows scientists to study a range of complex movements within the Sun, from solar flares to coronal mass ejections.

NASA expects the Parker Solar Probe to launch from Cape Canaveral, Florida, no earlier than 6 August to work closer to the Sun than any artificial object ever.