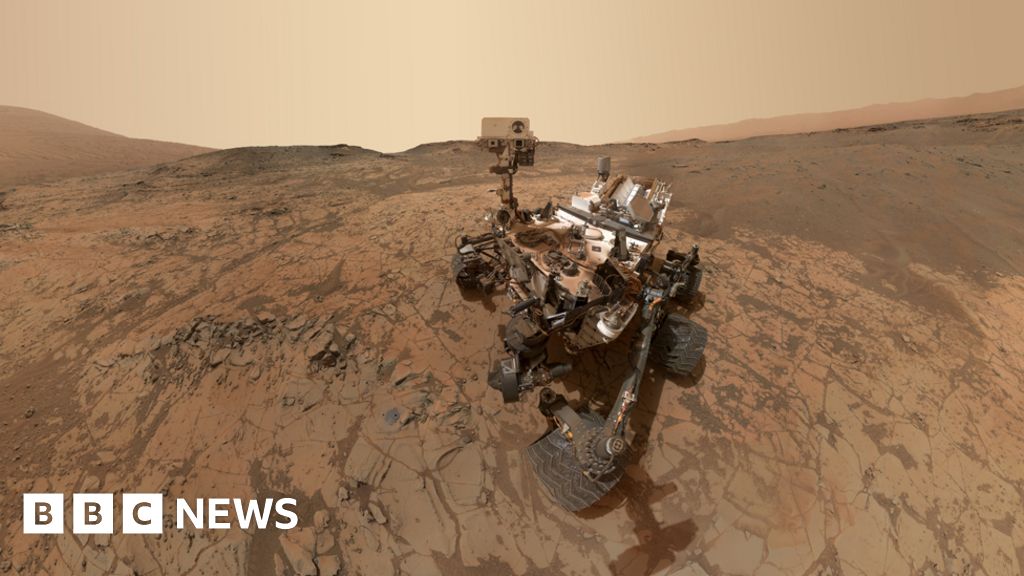 The Mars Rover Curiosity of the American Space Agency has recorded its largest ever methane measurement.

The robot often "sniffs" the red planet after the gas, but has never had such a high concentration ̵

The observations are fascinating because on Earth, methane is mostly produced by living things.

That's not necessarily the case on Mars; Geological processes are very capable of doing so.

However, the latest data will increase interest in the topic.

Over the course of his mission, Curiosity has detected a series of methane peaks, and it notes that a background level seems to have a seasonal pattern.

Although the robot's large built-in chemistry lab – the SAM (Sample Analysis at Mars) instrument – can detect the presence of gas, it can not say anything about the source.

"With our current measurements, we can not say whether the source of methane is biology or geology or even the ancient or modern," said Paul Mahaffy, Principal Investigator of SAM, of the Goddard Spaceflight Center in Greenbelt, Maryland.

The subject of methane on Mars is a bit confusing at the moment, to say the least.

While Curiosity continues to measure some peaks, and one of them has been confirmed by the European Mars Express satellite in orbit on the planet, another spacecraft, reportedly with much better sensitivity, has seen nothing.

This probe is known As the Trace Gas Orbiter (TGO), in April 2017, it began to observe the atmosphere of the planet. It should be able to detect methane in concentrations in parts per trillion.

Why it can not see what Curiosity sees is therefore a big mystery.

One suggestion is that there is some sort of destructive mechanism that will quickly remove a methane spike in the lower atmosphere – before the joint European-Russian TGO can get through Curiosity's operations grounds at Gale Crater.

If this process exists, scientists are currently unable to explain it.

NASA controllers ordered Curiosity to conduct another air sampling experiment over the weekend. The results were expected on Earth on Monday.

The methane concentration in the earth's atmosphere is 1,865 ppb. The amounts on Mars, regardless of their source, are still very low.

The main emitters of methane on Earth come from wetlands, livestock, biomass and the burning of fossil fuels, landfills and rice fields.

The term "parts per billion by volume" (ppbv or ppb for short) means that in a given volume of air, a few billionths of that volume represents the gas of interest.

One of the geological processes that methane can produce is "serpentinization," in which the gas is produced at the end of a reaction chain when water comes into contact with certain rock minerals.

Dr. important too. Even if curiosity sees the gas today, it is quite possible that the original source is ancient and is only now released into the atmosphere, perhaps because a subterranean reservoir was disturbed.

On Earth, methane can be kept in ice for a long time in ice beneath the seabed or in permafrost areas before it explodes into the air.