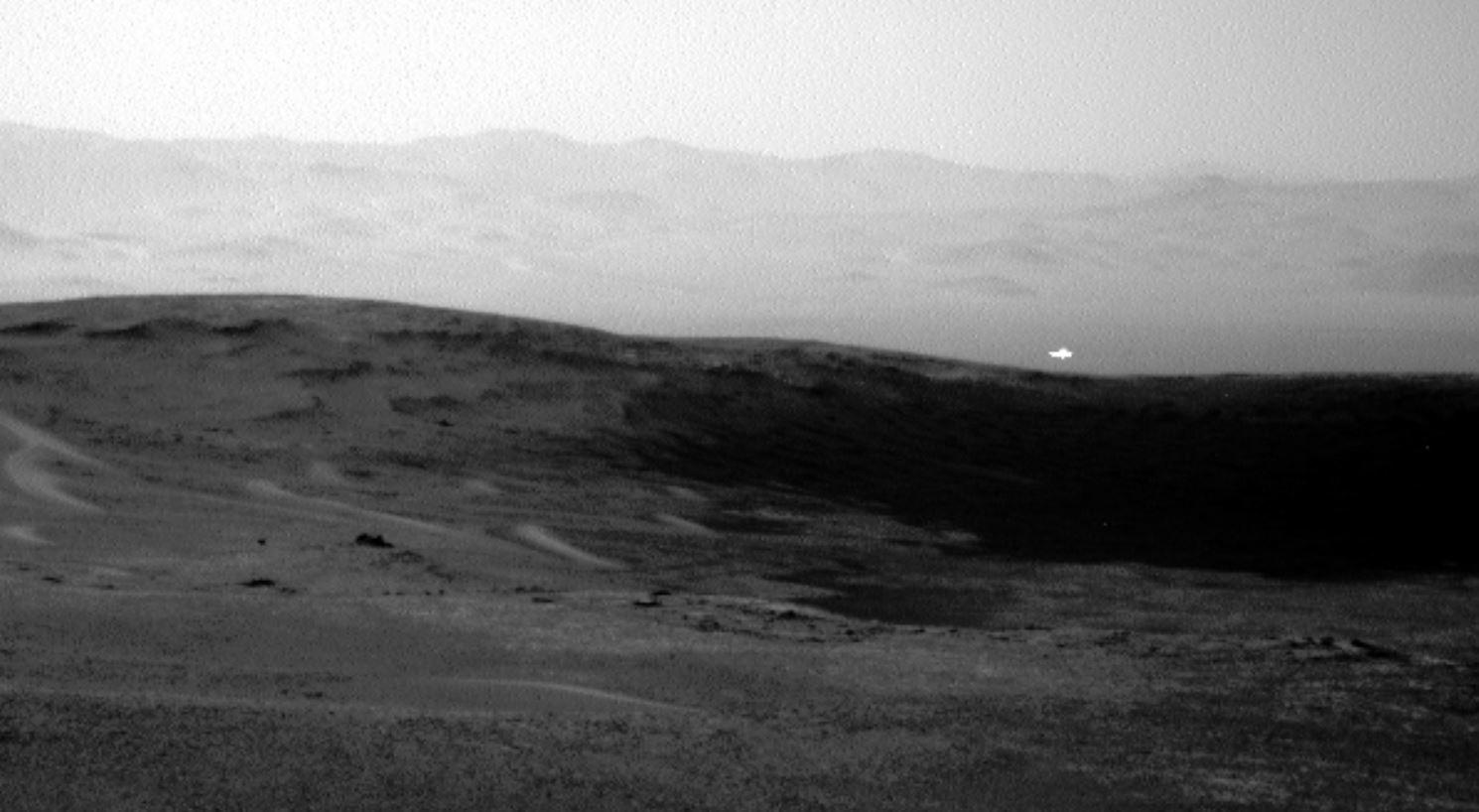 Mars is almost certainly the next place in our solar system where people travel. We are still many years away from actually seeing humanity roaming the Red Planet, but with a range of powerful instruments already hanging around Mars and on its surface, we have a pretty good idea of ​​what to expect, when we get there … or do we?

A new image taken by NASA's Mars Curiosity Rover reveals something that remains unclear at the moment: a bright flash appears to emerge from nowhere and does not indicate what might have caused it. The picture, taken on June 16, quickly took the Internet by storm, but NASA scientists are not particularly worried about what it might mean.

The lightning is only present in one of them many consecutive images of curiosity captured on this day. Pictures of just a few seconds later show absolutely nothing but the stark Martian landscapes. So what triggered the flash?

NASA can not say for sure, but the most likely explanation is trivial. When we see something that we can not immediately identify, especially when it happens on another planet, it is easy to arrive at serious wild conclusions. Maybe it's an alien ship zooming through the area, or an alien looking over the planet with a flashlight, right? Unfortunately, no.

Scientists have seen such lightning in Mars images before, and generally they are never really big. NASA has attributed it to reflections from distant rocks or glare from the sun. The fact that NASA published a total of 21 images taken over a four-minute period, and only one of these images contains the bright flash, suggests that this is not particularly meaningful.

In any case, it's another interesting puzzle for scientists to unravel between now and in the near future, we finally send human travelers to the Red Planet.