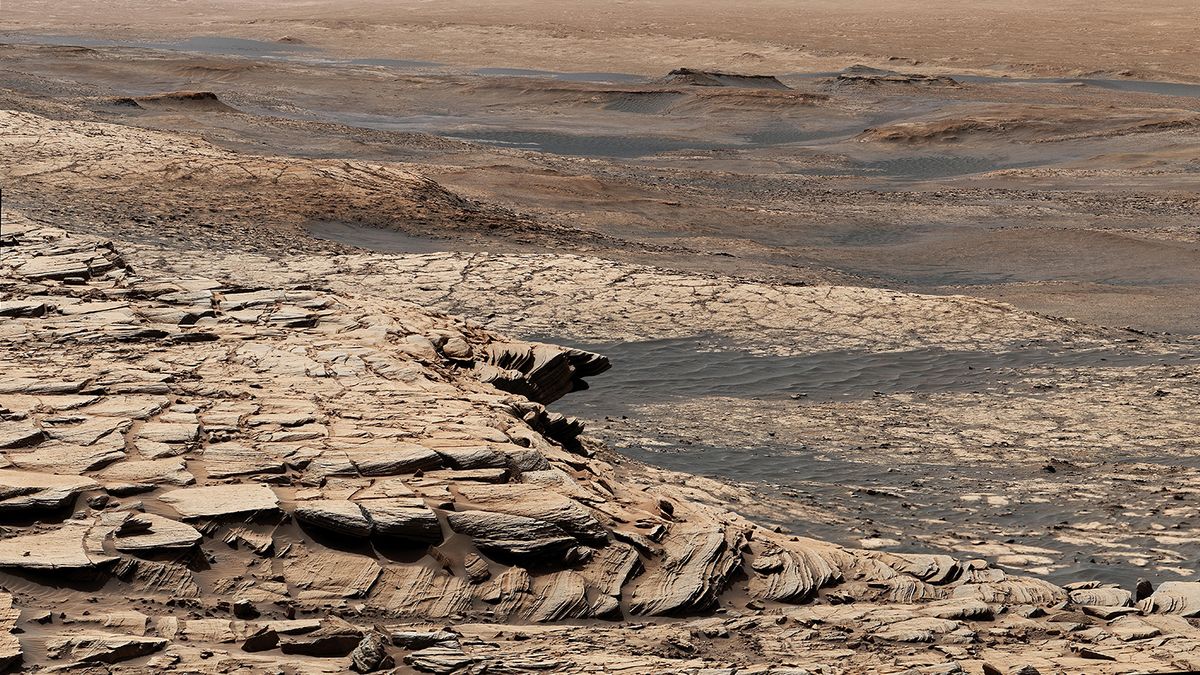 Like many Americans this summer, NASA’s Curiosity Rover is taking a road trip – but on Mars.

The nearly eight-year-old mission is led through an approximately 1.6 km long traverse on which it continues to climb a mountain to learn more about the history of the planet – and whether it could have been habitable for microbial life, its ancient past.

Curiosity is on the way to an area on the 5.5 km high Mount Sharp (Aeolis Mons), which is known as a “sulfate-containing unit”. Sulfates usually form around the water when it evaporates. These residues could provide further information about how the surface of Mars changed about three billion years ago when the planet lost most of its atmosphere and running water was no longer possible on the surface.

Connected: NASA needs your help to teach Curiosity how to drive on Mars

As with any trip, there are obstacles. Curiosity must move safely over rocky terrain while limiting further damage to the wheels. Home-based rover drivers – a pandemic containment measure that keeps them away from their usual offices at NASA’s Jet Propulsion Laboratory (JPL) in California – send orders to keep curiosity on track. The rover can also drive independently with artificial intelligence.

“Curiosity can’t stay up-to-date without people,” said Matt Gildner, lead rover driver at JPL, in a statement. “But it has the ability to make simple decisions along the way to avoid large rocks or risky terrain. It stops when it doesn’t have enough information to complete a trip alone.”

The last station of Curiosity from 2019 to this year was the “clayey unit”, another environment that formed in the water. Scientists are also interested in a feature between the clay unit and the sulfate unit called the “Greenheugh gable”.

It is believed that this gable shows how the climate in Gale Crater, Curiosity’s landing zone, has changed. There used to be lakes within the 154 km wide crater, but billions of years ago the water disappeared. The remaining sediments eroded over eons into Mount Sharp.

However, the gable formed a little later – scientists are not even sure whether it was made with water or wind erosion. Over time, sand also formed on the surface of the gable, creating a sandstone cap. Greenheugh rover surveys in March showed nodules in the sandstone.

“Nodules like this require water to form,” said Alexander Bryk, a doctoral student at the University of California at Berkeley, who led the gable detour, in the statement. “We found some in the wind-blown sandstone on top of the gable and some just below the gable. Sometime after the gable was formed, water appears to have returned and changed the stone as it flowed through it.”

The composition of these nodules differs slightly from the “blueberry” properties of spherical hematite inclusions, which the opportunity rover first discovered in 2004. However, both the blueberries and the nodules indicate the presence of water in the Rovers’ respective regions in the ancient past.

If everything goes according to plan, Curiosity will reach the sulfate unit later this year, during the Earth’s northern hemisphere. As with any road trip, rover drivers can stop their machine on the go if they discover something interesting.

Curiosity celebrates its eighth anniversary of the landing on August 6th. NASA plans to send a new rover this summer to search for habitable samples in the Jezero crater and cache the most promising ones for a later sample return emission. The new rover is called Perseverance and has to leave Florida from July 30th to August 15th to reach the Red Planet before Mars and Earth drift too far apart in their respective orbits.