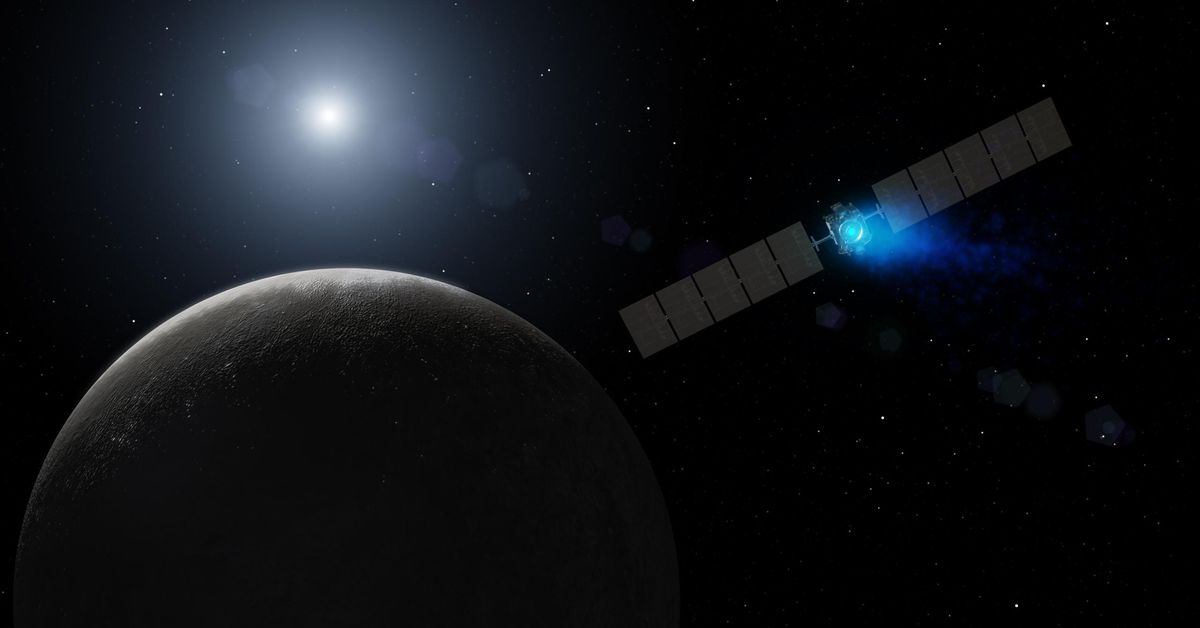 The NASA spacecraft Dawn, orbiting the dwarf planet Ceres in the asteroid belt, is approaching this celestial object. In early June, Dawn will reach its final orbit around Ceres – an elliptical path that brings the probe 10 times closer to the surface than ever before. The spacecraft will collect new, more accurate data from this orbit until the fuel runs out sometime in the fall.

This will put an end to Mission Dawn, which has been going on for over a decade. Launched in 2007, the space probe Dawn traveled for years to the asteroid belt between Mars and Jupiter and visited only in 2011 an asteroid named Vesta. After orbiting Vesta for a year, the probe traveled to Ceres in March 201

5 and entered the orbit of the dwarf planet Dawn spent more than a year studying the object. The mission team hoped to extend the spaceship's mission, which officially ended in June 2016, by sending it to another object in the asteroid belt called Adeona. However, NASA decided to keep Dawn in place and continue to investigate Ceres.
"This will help us really understand the bulk composition of Ceres."

During this final phase of the mission, the spacecraft will arrive temporarily, within 35 kilometers of the dwarf planet. Thanks to its proximity, Dawn can scan the surface with a very high resolution, which is important to find out what Ceres is made of. On board the spacecraft is an instrument that scans neutrons and high-energy light, called gamma rays, from the surface of Ceres. These particles contain clues to the types of elements that are within the dwarf planet, and their signals are much easier to detect the closer you get to the surface. The measurements could help researchers better understand how Ceres has evolved over time.

"This will help us truly understand the mass composition of Ceres – what the body consists of, what it started with, and how the geological process has changed it," Carol Raymond, the main researcher of the Dawn mission, tells The Verge

How to Find entering such a tight elliptical orbit was a challenge for the response team. Dawn has so far only flown around Ceres circular paths. In addition, it is difficult to remain so close to a dwarf planet in a stable orbit. The object is large enough to have adequate appeal, but it is still quite small, so that each orbiting spacecraft is much more easily affected by external forces. High-energy particles coming from the sun can drive and pull Dawn away from her path. "It was the question of how deep you can go and how long you can last," says Raymond.

"At some point in the future, when we go back to Ceres, we may still see it in circles."

The Dawn team finally found a way into a good orbit where the probe will stay for up to 50 years. But the spacecraft will not be able to communicate with the Earth for much longer. When the fuel runs out, the vehicle can no longer direct its solar panels towards the sun and eventually it will run out of power.

It's unclear what will happen to Dawn after the 50's, as the team has only been doing orbital analysis until then. Raymond says, however, that the spaceship will probably remain in Ceres as a permanent satellite. "The expectation is that it will continue without change," she says. "And at some point in the future, when we return to Ceres, we may still see it in circles."