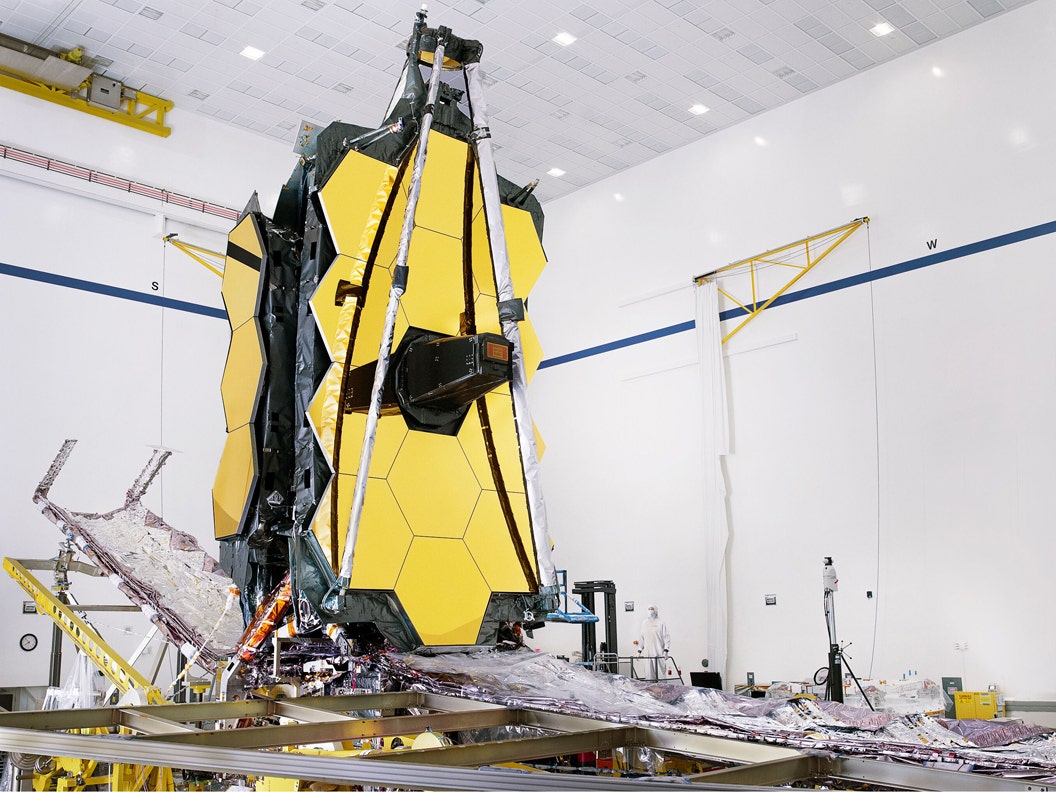 "The assembly of the telescope and its scientific instruments, solar shading and spacecraft into an observatory is an incredible achievement for the entire Webb team," said Bill Ochs. Webb project leader in a statement. "This milestone symbolizes the efforts of thousands of dedicated individuals for over 20 years across NASA, the European Space Agency, the Canadian Space Agency, Northrop Grumman and the rest of our industrial and academic partners."

The fully assembled James Webb space telescope, with sunshades and unitized pallet structures that fold to launch around the telescope, is partially deployed in an open configuration to allow installation of the telescope. (Credit: NASA / Chris Gunn)

NASA Administrator Jim Bridenstine tweeted about the achievement, calling it an "important milestone" the five-layer sunshade that NASA said it is meant to "keep Webb's mirrors and scientific instruments cold by blocking infrared light from the earth, the moon, and the sun." The Space Agency added that the use of sunscreen "is critical to mission success".