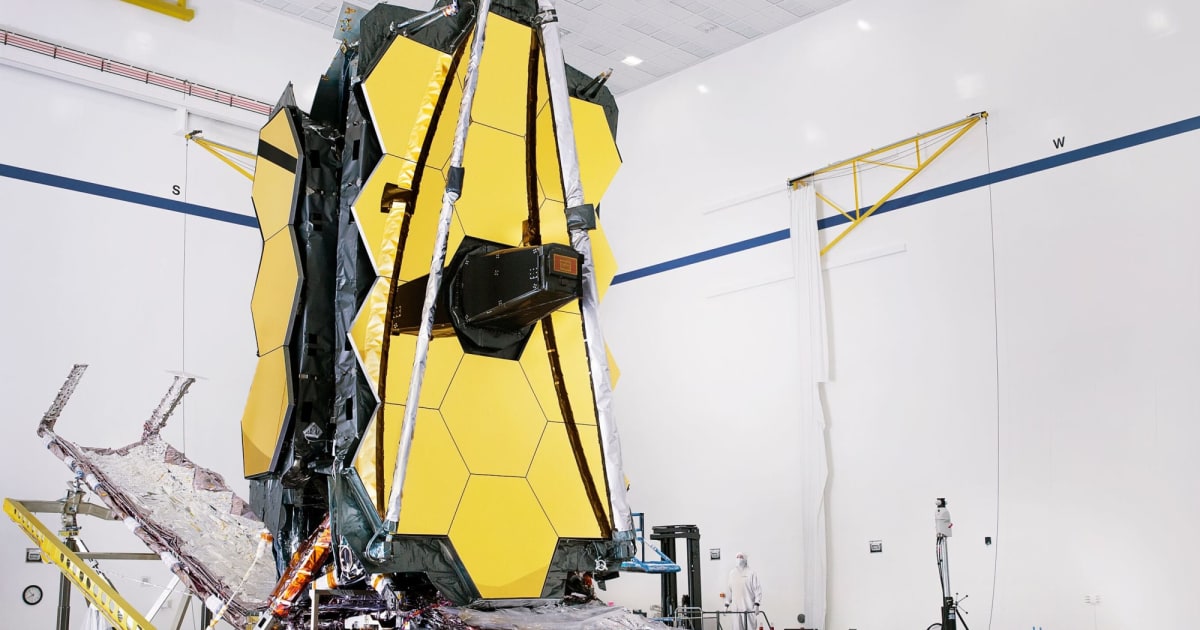 The telescope will be the successor to Hubble and includes a five-layer sun visor that blocks infrared light from the sun to keep the delicate components cool. The sunshade was already integrated into the spacecraft with which the project should be started, and the telescope itself had to be lifted with a crane to this combination. The engineers aligned the two halves and fastened them together to make the mechanical connection.

Next, engineers must electrically connect the two halves and test the electrical connections before rolling up the sunshade and performing environmental and operational tests. "It's an exciting time to see all the Webb parts first into a single observatory, "said Gregory Robinson, the Webb program director at NASA's headquarters. "The engineering team has taken a big step forward and soon we will be able to see incredible new views of our amazing universe."

The launch is scheduled for 2021

, when the telescope will study celestial bodies from our solar system, as well as those in distant galaxies.