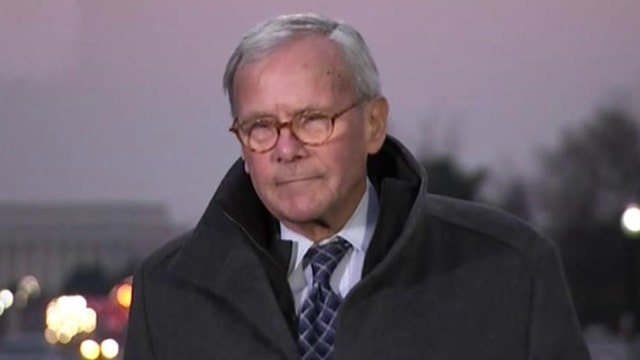 NBC News special correspondent and former "NBC Nightly News" anchor Tom Brokaw apologized on Sunday evening for remarks he made on "Meet the Press" earlier this day about Hispanic assimilation after the comments triggered counter-reactions.

During a Panel Discussion on the battle for a wall along the US-Mexico border, Brokaw said: "On the Republican side, many people see the rise of an extraordinary, important new constituent of American politics, the Hispanics, who come here come and all will be Democrats. "

He continued," I also hear when I bump people a little harder, 'Well, I do not know if I want brown big-time babes. & # 39; I mean, that's part of it too. It is the mixed marriage that is going on and the cultures that are in conflict. "He did not explain who said that."

Brokaw continued, "I also believe that Hispanics should work harder on assimilation. That's one of the things I've said for a long time. You know, not only should they be codified in their communities, but they should make sure that all their children learn to speak English and feel comfortable in the communities. And that will be open on both sides.

PBS correspondent Yamiche Alcindor replied, "I grew up in Miami, where people speak Spanish, but the kids speak English. And the idea that America can only speak English, as if Spanish and other languages ​​were not always part of America, is in some ways disturbing.

The backlash was stronger online .

The National Association of Hispanic Journalists wrote it was "worried" about its "inaccurate" claims.

MULVANEY: TRUMP WALL BUILT "WITH OR WITHOUT CONGRESS"

Sunday Night, Brokaw Tweeted: "I feel terrible as part of my comments on Hispanics, which some members of this have insulted proud culture. "

He also wrote: "I worked hard to tap I have said ALL pages [have] to work harder on finding commonalities."

He later wrote : I'm sorry, really, my comments were offensive to many yamiche, thank you for your comments, let's go f or together. "