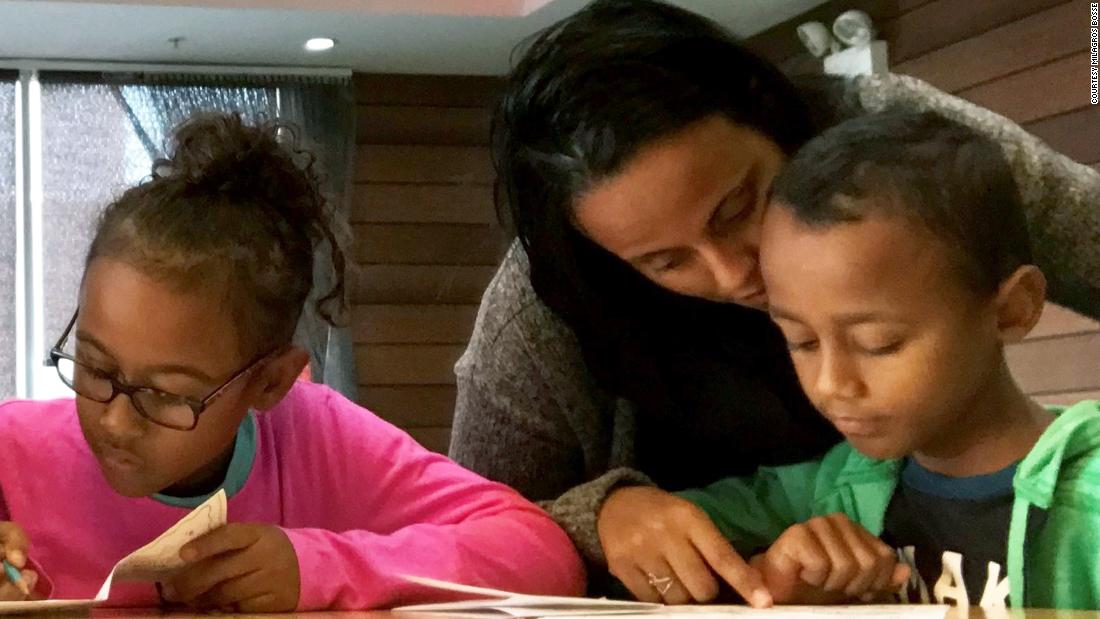 "After 10 months of emergency shelters provided by the Transitional Sheltering Assistance (TSA), FEMA closed the program on June 30 for Hurricanes Harvey, Irma and Maria Survivors," the agency said in a statement. "TSA is a temporary solution that integrates survivors into more durable options."

The program was designed for about two weeks and has been repeatedly expanded. FEMA spent more than $ 432 million to accommodate tens of thousands of hurricane survivors who had no power or running water, damaged or destroyed homes, and no school for their children, according to the agency.

"Then we had the trauma of leaving the house and spending months in a small room in New York, and now comes this trauma."

New York officials this week estimated that between 600 and 700 Puerto Ricans fleeing the island will end up in city shelters for homeless families over the next few days.

"The Trump administration has left the population of Puerto Rico," said Jaclyn Rothenberg, a spokeswoman for Mayor Bill de Blasio.

"Our mayor will not do it, we will house our American fellow citizens, and we will do everything I can to help them get back on their feet."

From New York to Florida, where, according to official estimates, 400 Families will lose hotel vouchers this weekend, cook evacuees who cook in microwaves, do homework in hotel lobbies, and get to know life on the mainland is fraught with uncertainty about the future.

"You have nowhere to go," said Democratic Senator Bill Nelson of Florida on Thursday in the Senate. "This decision to stop supporting these families has terrified many of them, trying to figure out what they're going to do to find an affordable place, going to churches, we have." turn to other charitable organizations.

Nelson, who had failed on Thursday in a last-minute bid to extend interim shelter for hurricane survivors, said many families would sleep in cars or homeless shelters on Sunday.

"Some of them have Everything is lost because of these storms, "Nelson said." Too many are still unable to find work or find affordable housing. … For many of them, the only thing they have is the help that FEMA offers. "

,800 Puerto Rican families were spotted in hotels this week as part of the FEMA program, spokesman Juan Rosado-Reynés said in a statement.

According to FEMA, there were 1,229 overnight stays in hotels and motels on the mainland and 534 in Puerto Rico.

"We continue to work closely with disaster survivors to connect them to the most appropriate housing to meet their catastrophic needs," states FEMA statement.

At the end of January, four months after the devastating September storm, more than 3,000 displaced Puerto Ricans lived in hotels in 40 states, according to FEMA. Their suitability for temporary accommodation was checked every 30 days. The agency said the program should provide emergency shelters immediately after a disaster.

Participants could lose the FEMA hotel vouchers if their homes in Puerto Rico were found habitable after the inspection, or if FEMA has identified other viable housing options, such as friends, with whom they could live, according to agency officials.

In New York, officials said that 108 families who will lose their FEMA housing aid on Saturday will be "linked to housing, social services and educational support via Catholic charities …. The average household comprises three people.

A further 134 Puerto Rican families who did not qualify for FEMA assistance apply for housing at the Homeless Homelessness Department.

"Look, protection is not our first preferred option, but it's what we can offer," said Rothenberg, the mayor's spokeswoman. "Hopefully these people will be able to get up in New York City when they go through the process, and the mayor will not leave these people behind."

Marine Corps veteran Milagros Bosse, 32, who arrived in New York in December with her four young children, said she will be checking out of a Manhattan hotel this weekend and move into a former boutique hotel shelter for homeless families.

"The kids are asking, 'Now we're going somewhere else?' Said Bosse, who supports her family for unemployment benefits, which ends at the end of next month." They always ask, "Mom, will we be safe? Do we have a fridge? "

She said she received numerous phone calls and emails from FEMA reminding her that the agency would not pay for the hotel Saturday.

"I am now at the point where I just want to cry," she said. "I can not, I have four angels who look at me every day and ask," Mummy, will we be alright? "With a straight face, I look at her and say we're fine I have tears in my eyes, but I can not break down because of them. "