Neowise comet and rare astronomical phenomena in a remarkable picture 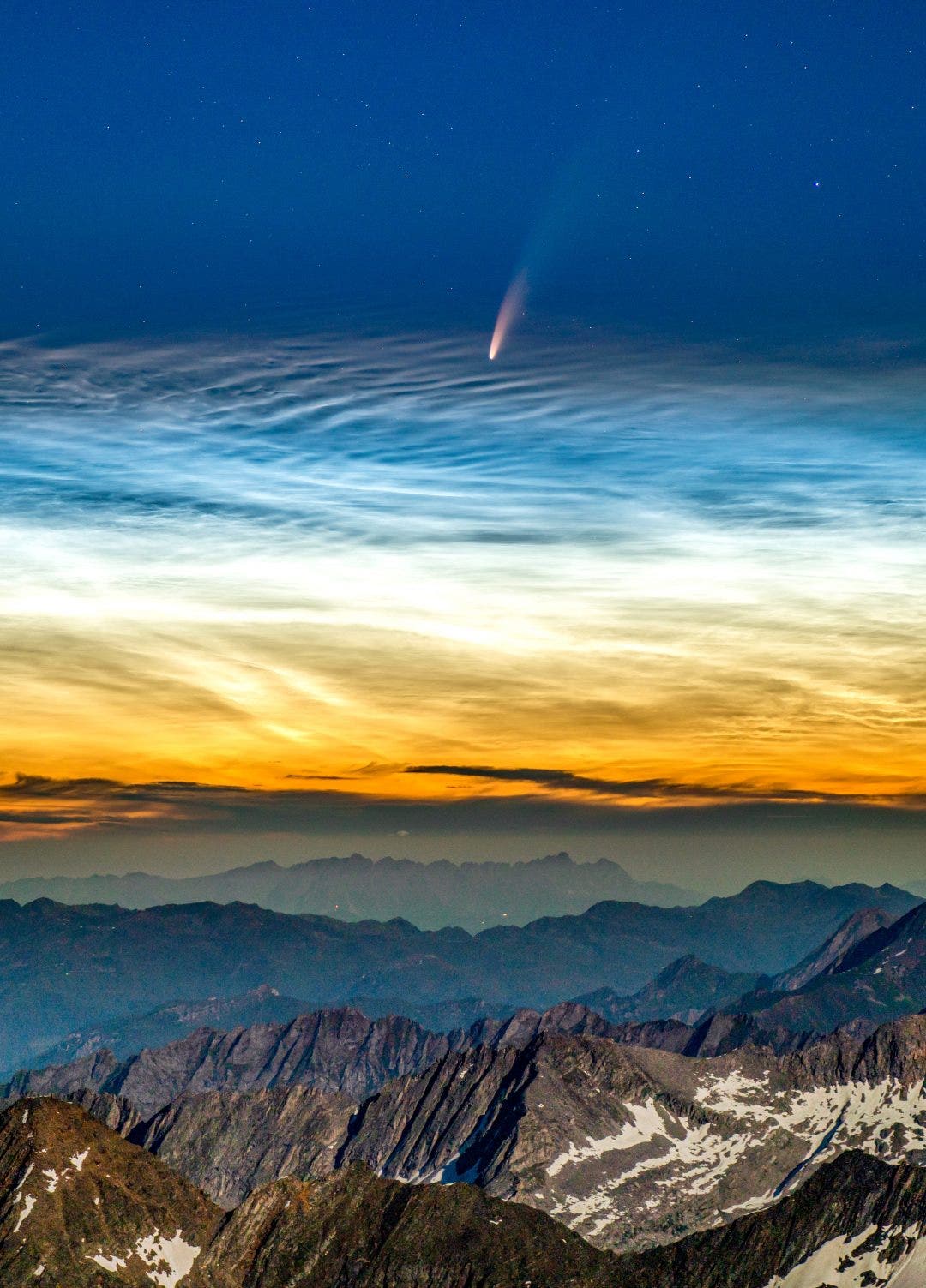 A photographer in Italy took the picture of his life when he took a picture that shows two astronomical phenomena, including a grazing comet and “nocturnal” clouds.

Martin Rietze took the picture of the NEOWISE comet and the noctilucent clouds on the almost 11,500 foot high Hochfeiler mountain in the South Tyrolean Alps in Italy, reports SWNS.

The comet, also known as the C / 2020 F3, was discovered by NASA’s NEOWISE space telescope in March.

The NEOWISE comet above nightly clouds from the Hochfeiler mountain in the South Tyrolean Alps in Italy on July 8th. (Photo credit: SWNS)

A COMET IS VISIBLE THIS MONTH: NASA HAS THESE TIPS FOR SKYWATCHERS

Noctilucent clouds appear when astronomical light on ice is reflected in the clouds.

The comet, which can be observed with the naked eye, has been visible since July 7, NASA said on its website.

“Towards the middle of the month, the comet is visible about 10 degrees above the northeastern horizon (the width of your extended fist) in the hour before sunrise,” added the space agency. “From mid-July it can best be seen as an evening object that rises higher and higher over the northwestern horizon. “

NASA notes that the comet is closest to Earth on July 22nd at a distance of approximately 64 million miles.

“It will take the comet about 6,800 years to orbit around its long, extended orbit so that it will not visit the inner solar system for many thousands of years,” the agency said on its website.