Netanyahu cuts US trip to Gaza Strip near Tel Aviv 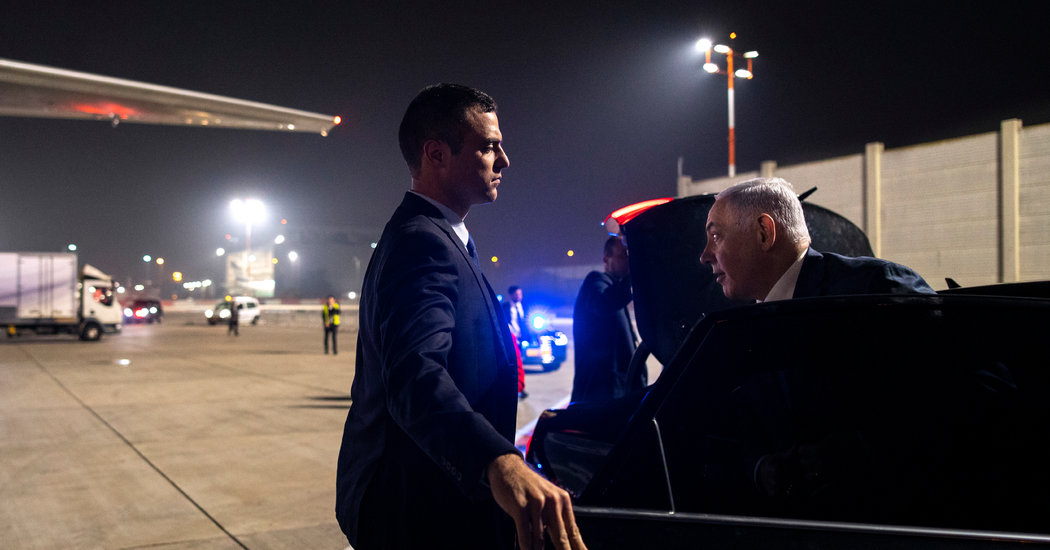 Israeli Prime Minister Benjamin Netanyahu broke off his visit to the United States on Monday, hours after a Gaza rocket hit a house in central Israel and injured seven people.

"In light of the security events, I decided to make a short visit to the US," Netanyahu said, adding that he would be flying back "immediately after a meeting with President Trump" in the next few hours.

In Washington this week in Washington had expected that he had addressed a political conference that was organized on Tuesday by the American Israel Public Affairs Committee (Aipac). His appearance at the conference has since been canceled.

In a statement, Mr. Netanyahu called the strike, in which two children were injured, a "criminal attack."

There was no direct responsibility for the attack. The house that was affected was in the pastoral community of Mishmeret, about 20 miles north of Tel Aviv.

The Kfar Saba region north of Tel Aviv, according to the Jerusalem Post.

The apparent missile attack comes less than two weeks after Israel and Hamas worked to reduce tensions following the firing of missiles from the Gaza Strip in Tel Aviv, and two weeks before a poll in which Mr. Netanyahu was accused of allegations of corruption political career is charged.

Hamas, an Islamic militant group seeking to destroy Israel, is one of only two groups in Gaza that are known to have missiles whose range is capable of reaching Tel Aviv and the surrounding area , The other is Islamic Jihad, which has a similar ideology.

On Sunday, Israeli forces reported explosives were "flung" during riots in Gaza near the Israeli border and hit by Israel Two Hamas posts in response.

Prior to Mr. Netanyahu's announcement on Monday, Benny Gantz, his main opponent for the upcoming election on April 9, urged him to return home immediately to deal with the aftermath of the attack. 19659002] "The reality in which Hamas has hostaged Israel is unprecedented and unfathomable," wrote Gantz on Twitter . "Netanyahu has to pack up and return to Israel to handle this serious escalation."