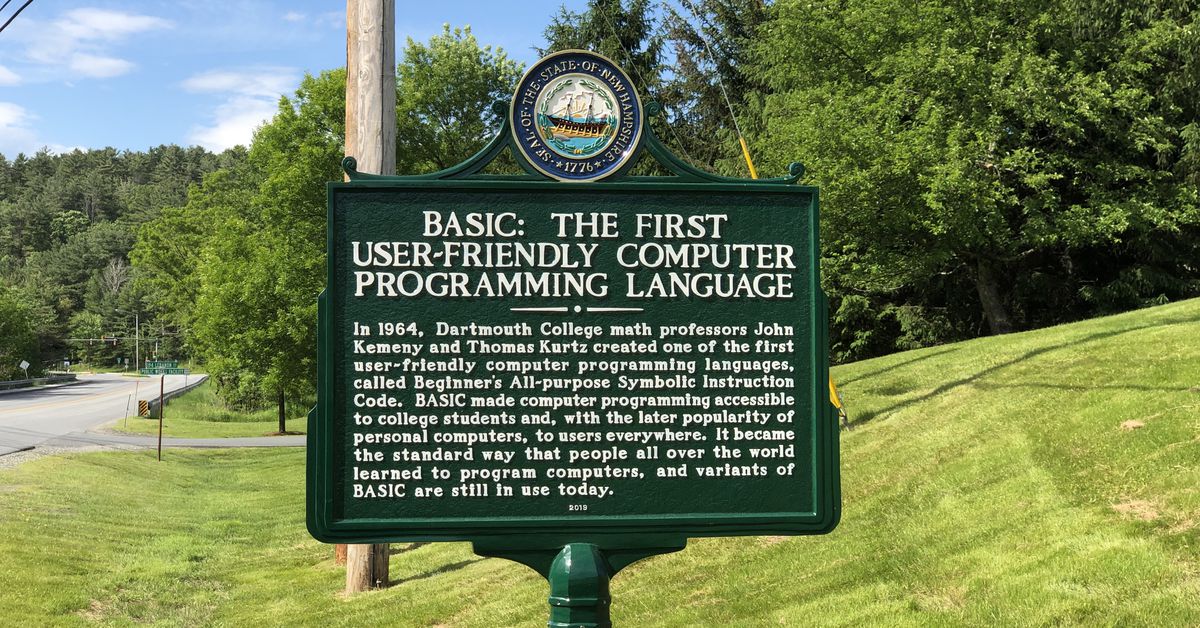 According to the Concord Monitor New Hampshire has installed the first historic computer-grade road marker. The new shield honors BASIC, the all-purpose Symbolic Instruction Code for Beginners, a programming language that was invited in 1964 at Dartmouth College.

The sign came after Concord Monitor journalist David Brooks pointed it out in a column The 255 historical landmarks of the state appreciated things like bridges and historical figures, but there were "few celebrations about New Hampshire technical and scientific achievements ". He continued to argue that the state should establish a shield for BASIC and Dartmouth Time Sharing system ̵

1; a forerunner of the Internet. "They are at least as important as a covered bridge," Brooks wrote.

Two mathematicians developed the language: John G. Kemeny and Thomas E. Kurtz, who wanted to create an easily accessible programming language for students, and Brooks notes that BASIC "probably did more to make more people known to the computer make programming as anything ever created. "

There are other historical markers for computer-related issues – one in Philadelphia, Pennsylvania, recognizes the creation of BINAC, the" world's first commercial electronic, stored, digital computer program, "while another one in San Jose is for the RAMAC method (Random Access Method of Accounting and Control) determined by IBM, but this seems to be the first, which is intended specifically for the creation of a programming language. The state found there was not enough room to honor the Dartmouth time-sharing system in the same way.

The sign itself is located on New Hampshire Route 120, not far from the College and the founding of BASIC. Brooks notes that there is a practical reason for this: State historic landmarks are reserved for state highways, and all roads in and out of Dartmouth are city streets. Brooks already notes that he is reflecting on other possible signs – the Dartmouth Time-Sharing System, a conference coined in 1956, "Artificial Intelligence," and other scientific innovations across the state.