New leaked press pictures of the Samsung Galaxy S10 Plus 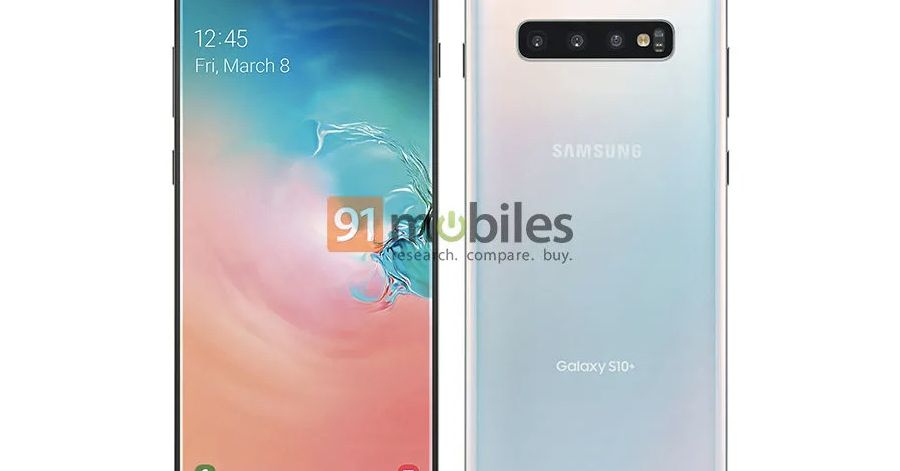 The upcoming Samsung Galaxy S10 Plus seems to be another good look. This time the leak stems from 91Mobiles which claims that these are official press photos.

What can be seen here, shows earlier leaks in the S10 Plus, one right top in the display a pinhole camera with two lenses and behind a strip with lenses and flash modules. The icons on the lock screen are also consistent with the previous images, suggesting that Samsung will update its UI in 2019 with rounded and slightly malicious icons.

What is missing in this rendering 1

This rendering also gives us a good look at Samsung's new "Infinity-O" display. (The "O" refers to the style of the camera's cutout: Samsung's "U" and "V" displays each offer rounded and square notches.) The S10 Plus is said to be a 6.4-inch display The same size as the S10 Plus has Galaxy Note 9. Other sizes are available, including a smaller 5.8-inch device and a 6.7-inch handset – the alleged 5G anniversary device with six cameras.

Other notable specs we expect include a Qualcomm Snapdragon 855 or Exynos 9820 SoC (depending on the region), up to a terabyte of memory, and 6GB of RAM. Earlier leaks have also shown that the headphone jack remains attached to the S10 series, as well as the less welcome Bixby button on the left edge of the unit. The camera array on the back is expected to contain a wide-angle, telephoto, and standard lens, and 91Mobiles says that the new color option seen in the above render is called a "prism -White "is all we know for now, but we'll see more at Samsung's upcoming unpacked event on February 20th.