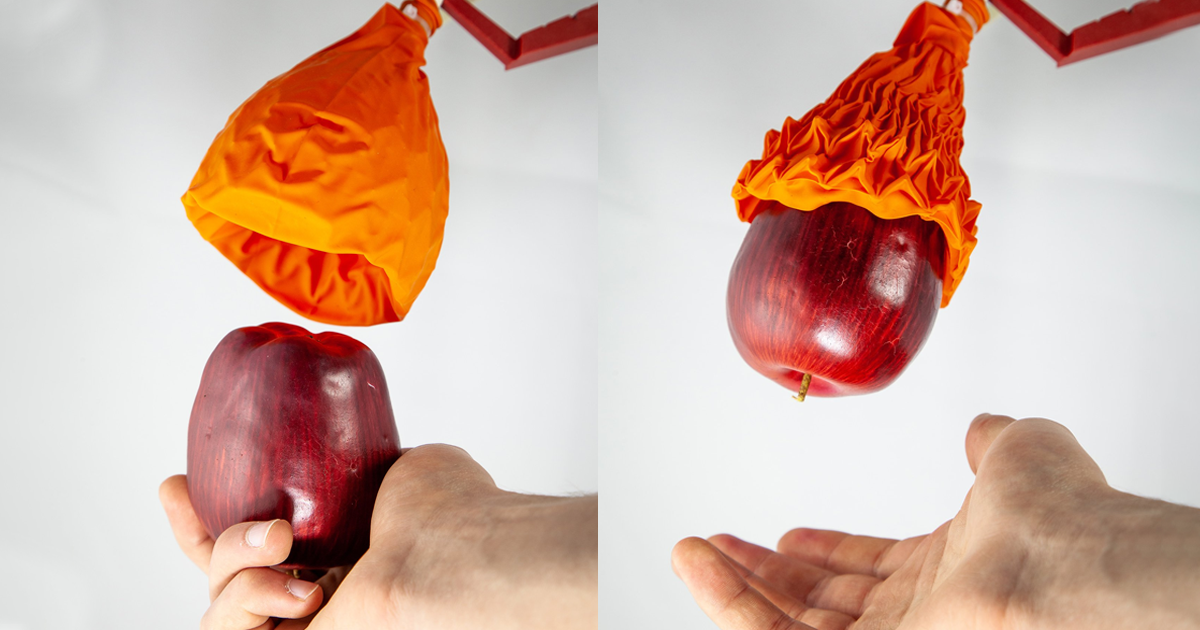 If robots are to take on more tasks for humans, we need to give them more versatile hands.

At the moment, many robotic hands can only perform special tasks. Strong ones often have problems with tasks that require a gentle touch, and soft hands are often not particularly strong when it comes to strength.

Now, however, a research team from the Massachusetts Institute of Technology (MIT) and Harvard University have created a robotic hand that is not only strong but soft too – and could usher in a new era of robotics.

The team was inspired by the origami magic ball. Instead of using a kind of finger-like gripper, its conical robot hand envelops and then collapses around it, much like a venus flytrap captures its prey.

00 times its own weight, but it can also handle far more delicate, light objects. A video released by MIT shows the ability of the hand to pick anything from a soup can to a banana.

University of California at Santa Cruz robotics professor Michael Wehner, who was not involved in the project, praised the hand and noted in an interview with MIT News notes its novelty.

"This is a very clever device that uses the power of 3-D printing, vacuum and soft robotics to tackle the problem of gripping in a whole new way," said Wehner. "In the next few years, I could imagine seeing soft robots that are gentle and clever enough to pick a rose, but strong enough to safely lift a hospital patient."