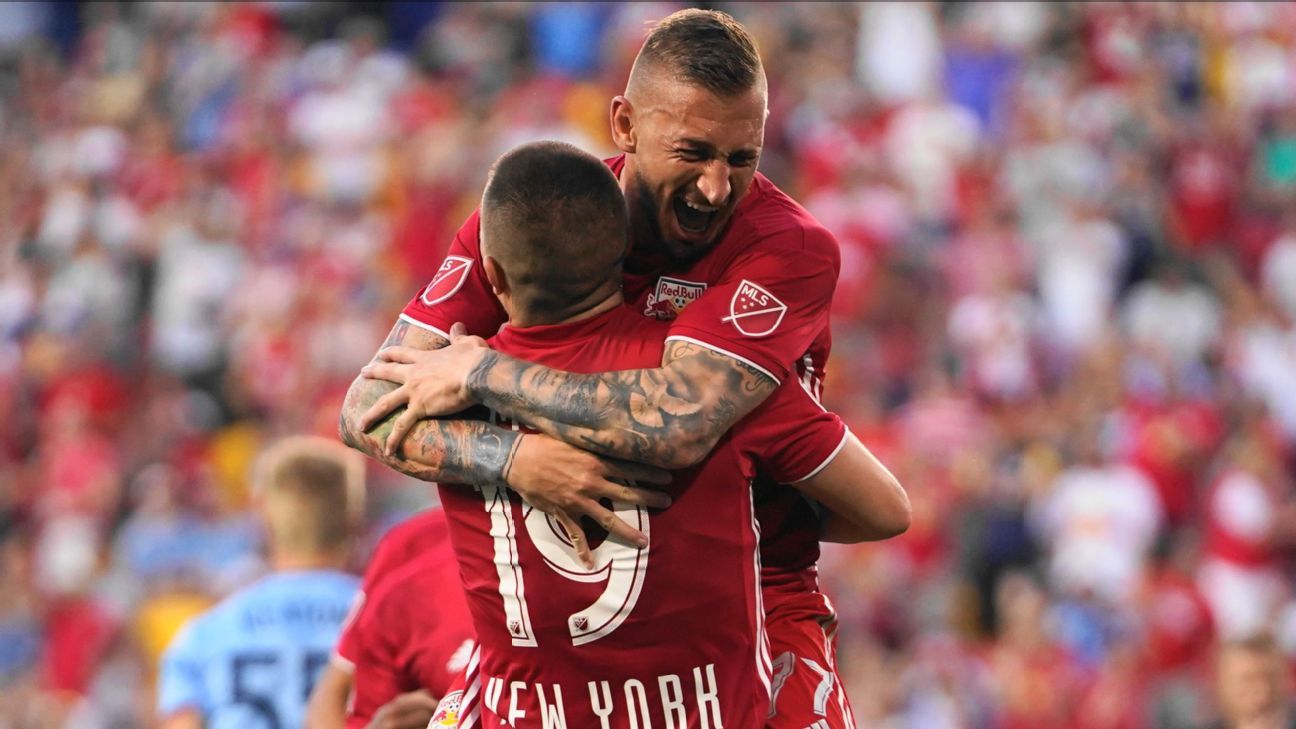 Royer shot in half-time penalty to bring the game to a common denominator. After a controversial throw-in in the 60th minute, he scored a quick goal for his first multi-goal match in 2019. The win put the Red Bulls (9-7-4, 31 points) in third place in the Eastern Conference standings.

Royer gave the Red Bulls a 60th-minute lead when NYCFC protested the decision to give the hosts a throw-in instead of a corner.

After the guests cleared the ball, referee assistant Corey Rockwell seemed to be pointing the ball down at the corner flag, signaling the corner. Instead, the Red Bulls' Marc Rzatkowski quickly threw the ball in and Cristian Casseres Jr. crossed into the area, where Royer headed the ball past goalkeeper Sean Johnson and Kelly and Rockwell held a discussion, but the goal was set. According to the television program on FS1

, Rockwell had actually made for a corner, but Kelly then prevailed against the decision.

Royer's penalty has equalized the game in the first minute of the first-half break. Kelly immediately pointed out when NYCFC's Maxime Chanot caught Brian White with an outstretched leg as White tried to pull off Alex Muyl's cross from the right. Royer tore his kick in the upper left corner after Johnson's dive.

NYCFC took the lead after seven minutes. After a give-and-go with Heber Maxi Moralez sprayed the ball directly on Anton Tinnerholm, who rolled on his first touch with a cross on goal. Heber ran to it and stepped with the first touch from the underside of the crossbar over the goal line.

It was Heber's seventh goal for New York City FC (7-3-8, 29 points) In the East, NYCFC dropped back to sixth place with their second defeat in a row.

Before this defeat, NYCFC had played twelve games without defeat, but had to defeat in away games against the rivals of Hudson River 1-5-1.