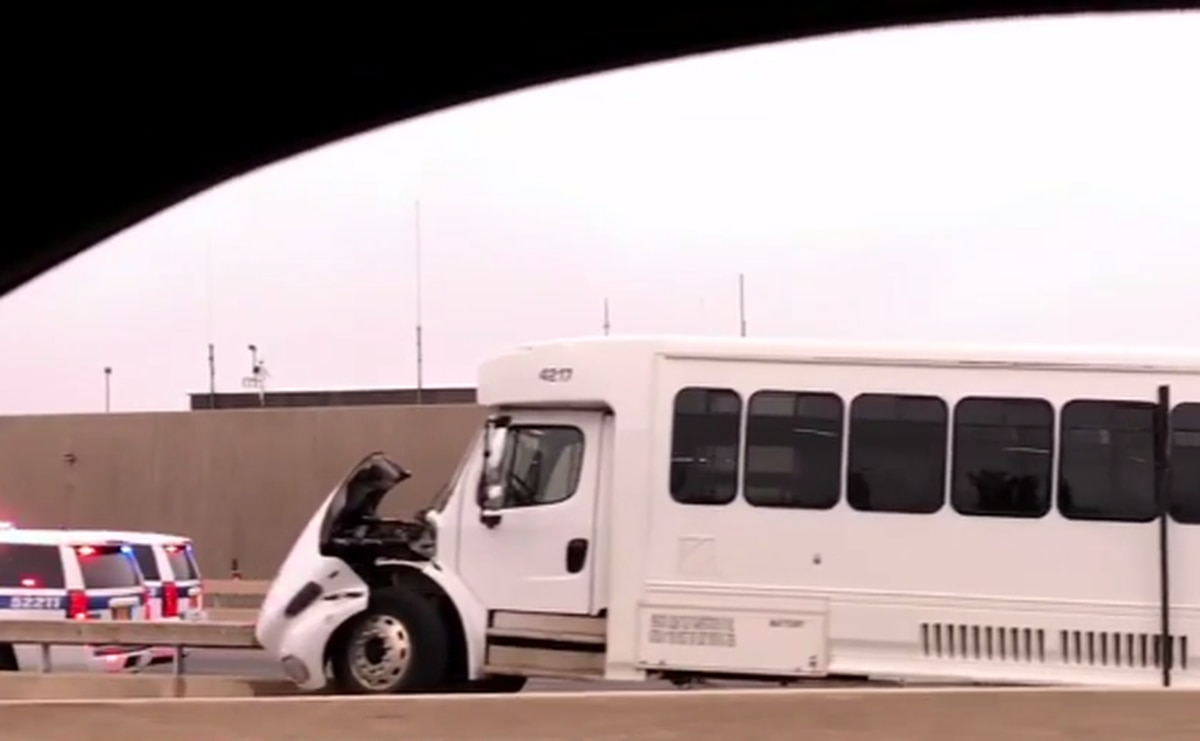 More than a dozen people were injured when a Newark Airport shuttle crashed into a concrete crash on Terminal B on a Friday night on a ramp and blocked traffic at the airport and surrounding highways.

threatening, said the police department of the Port Authority.

The bus was driven on Level 2 departures from Terminal B when it crashed on Express Road, an internal airport road that winds its way around the terminals, officials said: Travelers with highly contagious disease may have it April at Newark Airport

6, between 4 and 8 o'clock, you may have been hit hard by contagious disease, health officials said.

The ramp to ramp 2 of Terminal B was closed for more than an hour, but reopened until 7 in the morning. During this time, passengers were only able to access Terminal B via Ramp 1 (Arrival) and Level 3. Passengers are advised to allow extra time when they drive to the airport as the roads, including the New Jersey Turnpike, become congested after the crash are.

According to police of the Port Authority, no flights are affected.

Emergency services are still on site before 6:45. Jeff Goldman can be reached at [email protected] . Follow him on Twitter @JeffSGoldman .

Get the latest updates right in your inbox. Subscribe to the newsletters of NJ.com .