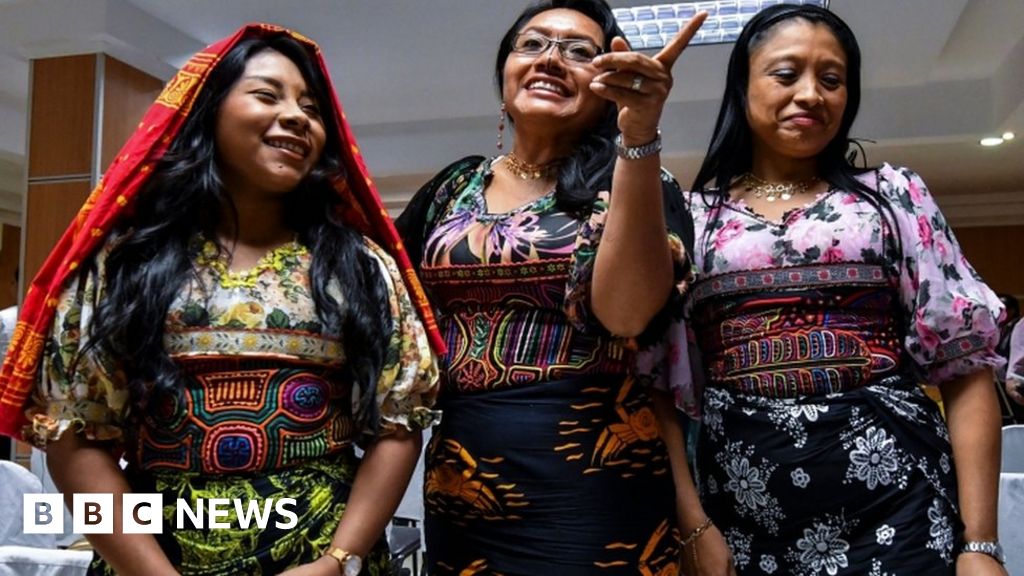 shoe, based on objections from an indigenous group in Panama.

The limited edition model was described as a tribute to Puerto Rico The group accused Nike of having "faked" a protected traditional design.

Nike apologized for the "inaccurate appearance" of the shoe and said it would not be provided.

Known as Kuna until 2011, the Guna live mainly on low-lying Caribbean islands that make up the Guna Yala Autonomous Region and are one of seven indigenous groups in Panama. Environmentalists say they are threatened by sea-level rise due to global warming.

A group lawyer said Tuesday they were seeking not only the withdrawal of the shoe, but also compensation.

"Our image, our design and our Mola are already damaged, we will not wait until they are thrown away, we have to seek compensation," said Aresio Valiente at a press conference in Panama City.

The traditional Guna leader Belisario López said in a statement that they are not against the commercialization of the Mola, but annoyed that this happened "without prior consultation with us".

"You must realize that the Mola on Nike shoes comes from the Guna people," he said.

Some adherents of the Guna also used social media to criticize Nike's decision.

@Nike Guys, these are cool sneakers, and I refer to the coquí frog, but this pattern and design is NOT from Puerto Rico!

It's a design called MOLA, made by the Guna in Panama and parts of Colombia.

It's a HUGE failure in your research department. pic.twitter.com/NsgUrRiYAM

A Nike statement stated, " We apologize for the inaccurate representation of the design origin for the Nike Air Force 1 & # 39; Puerto Rico & # 39; 2019. As a result, this product is no longer available. "

According to industry sources, the launch of the shoe was designed to be Puerto Rican Day Parade coincided with the model on 9 June.