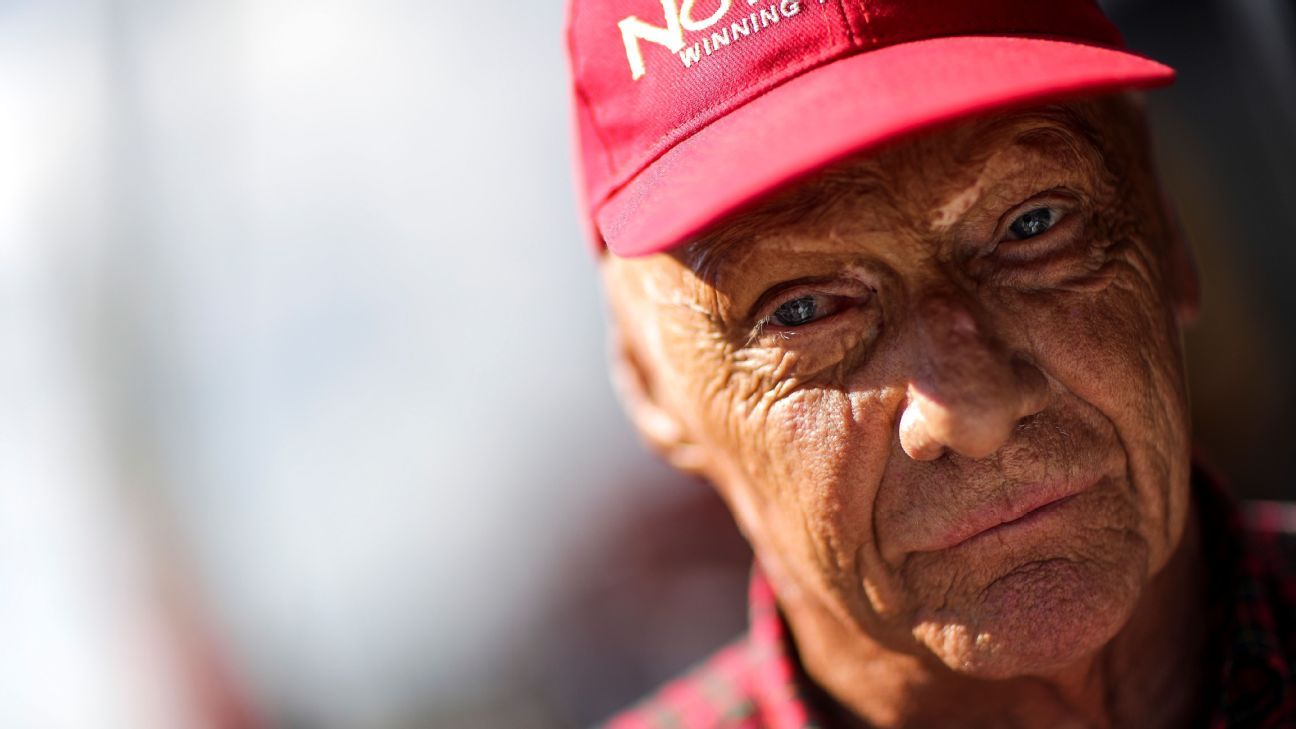 Niki Lauda was a remarkable man; a very special person. That may sound banal if one writes immediately after his death an appreciation, but in the case of Andreas Nikolaus Lauda that is completely correct.

There is hardly any aspect of his life that was of no importance and occasionally amazing. From financing his early career by securing a bank loan against an insurance policy in his life; promising sponsorship if he did not have one; Winning the championship in its fourth full season; not only survived the terrible accident in 1976, but six weeks later returned to the cockpit and brought the championship to the wire – and won for the second time 12 months later; quit, then return in 1984 to win a third world championship title with a half point lead.

These details were well documented, but with Lauda it was the way he did it, and the circumspect way he talked about his accomplishments as being routine that made him special.

Pragmatically, one does not begin by describing his attitude to life and the obstacles that are put in his way. That's why interviews and chats have always been a pleasure. You had to be well prepared and avoid small talk. But once you got his attention, the answers would be gloriously straightforward and shaped by the same clear logic he used on his race.

He spoke a brand of common sense that sometimes it could wither, but always accurate and accurate. Klangbisse had no place in his repertoire, especially because they were a waste of precious time; Time that had a deeper meaning for a man in the last rites immediately after the fiery crash on the Nürburgring Nordschleife.

In 2006, I was commissioned by my newspaper to interview Lauda for "Triumph and Despair," a series in which a sportsman remembered the ups and downs of his career. I started by saying winning the championship in 1977 must have been the moment of victory.

"Right," was the typical short answer. And what about despair? It must have been the moments when the priest performed the last rites?

"It was not," he said firmly. "In 1991, one of the planes from Lauda Air, the airline I founded, crashed in Bangkok, killing 223 people, and when I was in motorsport, I had decided to risk my life, but if you run an airline. " and more than 200 people want to go from A to B and do not arrive – that's another responsibility. He described the absolute horror and devastation of the crash site as he tried to find the reason for the Boeing 767 dropping by 28,000 feet. "Lauda could fly all of his planes." He suspected that the reverse thrust was triggered on an engine and

When eight months passed without comment from the manufacturer, a mass burial of the last 23 unidentified passengers turned out to be a watershed as the relatives continued to look at Lauda for answers Lauda flew straight to Boeing's headquarters in Seattle and asked to fly the simulator programmed as if the 767 had been hit at the moment of the disaster.

"At first they refused," Lauda said, "I said, 'Listen 'That was my plane, my name, my damage … so let me do it.' "Boeing agreed and Lauda proved that it was an O-ring fault on the reverse acted. When Boeing said they could not immediately make a statement, Lauda stepped into action – just like him.

I said, "Okay, I'm going to hold a press conference, I'll say we'll take a 767, charge it as it was with two pilots, put thrust in the opposite direction, and if it keeps flying, I want to be on board, if you are so sure that people can fly these planes, then let us do it. & # 39; They immediately made a press statement, and it was made clear that the manufacturer was at fault and not the operator of the aircraft. "

Lauda took me lightly as he related how the Austrian national airline had tried to pull strings and discard his best plans.

"I just wanted to make an opening flight from Vienna to Sydney," he said. "The day before, I received a call from an official in Canberra that my logbooks had not arrived on time, they were technical books for the 767 and they said they could not give me permission to fly over the Australian airspace . [19659007] "I said: & # 39; what should I do? I have 223 people who are all ready to go. & # 39; He said, "I do not care." I said, "Me neither, I'm coming, so if you want to stop the flight, you have to shoot me." The flight went ahead.