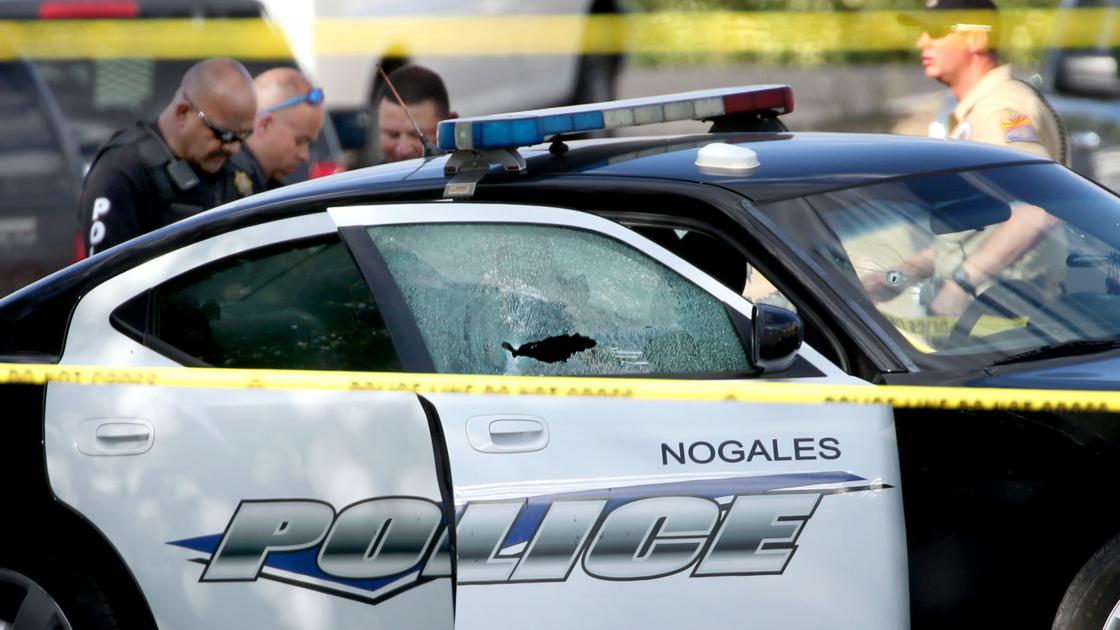 NOGALES, Arizona – A city policeman was shot dead by a suspect on Friday afternoon. The suspect was arrested a short time later, the division said.

The Nogales police officer, Jesus Cordova, was flown to the Banner University Medical Center in Tucson in critical condition after being shot, but the helicopter crew had to turn around to stabilize him, said Chief of Police Roy Bermudez. He said Cordova, 44, died at 4 pm at the Holy Cross Hospital in Nogales

He left behind a fiancé who is pregnant and has three children, Bermudez said

"We are mourning a division, a community Said the police chief and stifled when he spoke at a press conference on Friday night.

30 years since Special Forces officer Hank Frost was killed in 1888.

Police said Cordova responded to a carjacking report in the 2900 block of North Grand Avenue at 2:41 pm The officer found a vehicle that drove away from the scene and caused a traffic stop.

The driver got out of his vehicle and shot Cordova at the Grand and West Mesa Verde Drive, said Officer Oscar Mesta, a department spokesman.

Man then carjacked another vehicle off the scene and left. A short time later, the man has a third vehicle in the area I crashed North Frank Reed Road.

The suspect was in the area of ​​West Mariposa Road and Frank Reed Road. He fled again before the law enforcement officers, got out of the car and ran away. He was housed in a caravan park, where he was finally taken into custody.

Sheriff Tony Estrada of Santa Cruz County said Cordova's work as a deputy in his department. Bermudez said Cordova worked at the NPD for a year, after 11 years in the sheriff's office.

Broken glass was scattered on the driver's side of the Nogales police vehicle. The vehicle was stopped at a bad angle one block from Grand Avenue, one of the main thoroughfares in Nogales.

More than 10 cases were found at the scene, Bermudez said. The Department of Public Security in Arizona is taking over the investigation.

One man who stopped short of the scene, Carlos Silva, said Cordova would take his patrol car for the past ten years to be cleaned where Silva worked. Silva said Cordova was "very sociable and accommodating". He was also so "clean and professional" and "he looked like he was in customer service, not a police officer," Silva said.

Gov. Doug Ducey has ordered that on Monday, April 30, in all buildings of the state of the flags to be lowered to half staff.

"My prayers and condolences are addressed to the family and relatives of Nogales," Ducey said in a written statement.

"This tragedy is a solemn reminder of the victims who make the police daily to our communities to get to safety. "