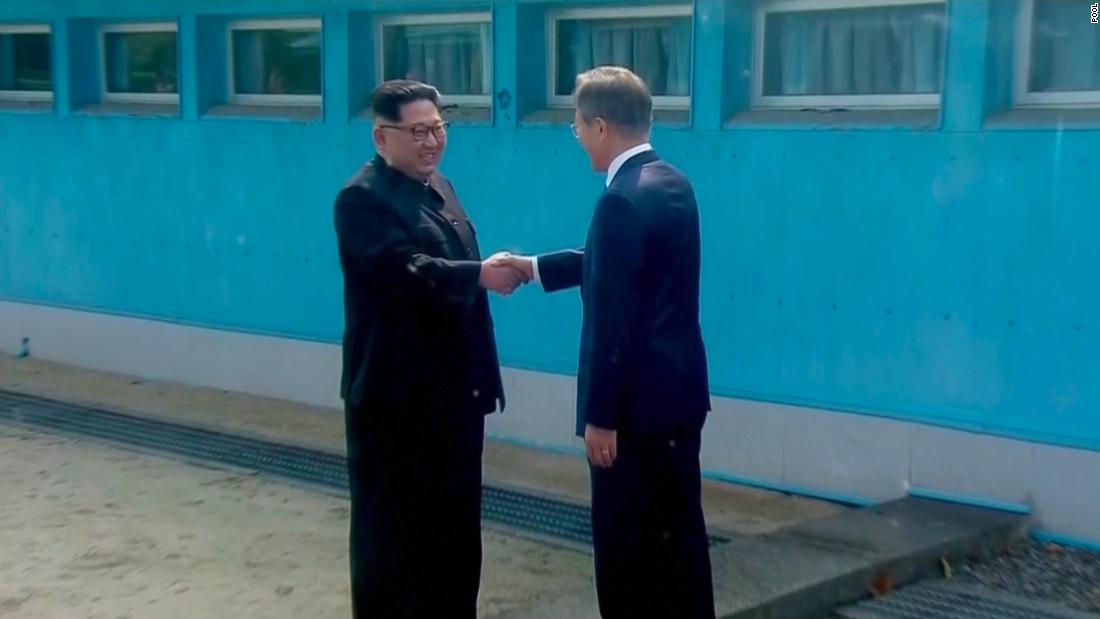 Around 2,000 journalists gather in a media center in Ilsan, South Korea to report on the summit.

The room was tense as journalists waited for their first glimpse of Kim Jong Un at the Kintex conference center.

A loud gasp went through the room as Kim walked down the steps to the military demarcation line, followed by a loud applause and applause from South Koreans in the room as the historic handshake took place and Kim stepped south. [19659004] The scene in Seoul Station. Ji Kiang-jin is in the middle and wears the yellow shirt.

The scene in Seoul station. Ji Kiang-jin is in the middle with the yellow shirt.

Crowds of people gathered at the train station in Seoul to climb the summit, many taking pictures of the moment Kim Jong Un and Moon shook Jae-in. As Kim crossed the military demarcation line, people applauded and were thrilled.

Ji Kwang-jin, pictured in the yellow shirt above, told CNN he was happy to see such a positive response.

"I came here to watch the moment with the other people, as it is a historic moment when I wanted to be with the public as soon as I saw it," he said.