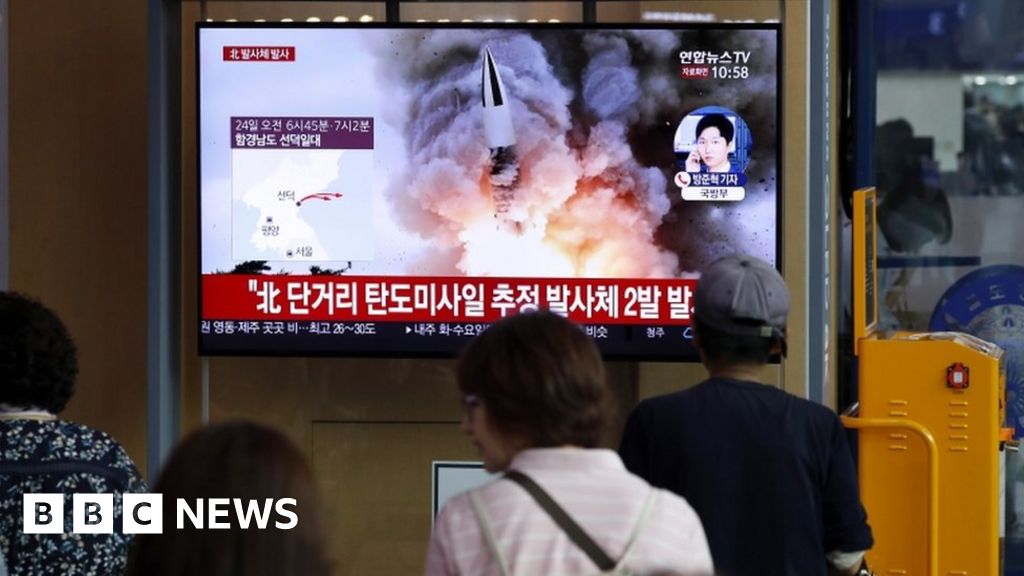 The launch is the seventh since North Korea completed a 1

7-month test break at the end of July.

Pyongyang has repeatedly expressed his anger over US South Korean military exercises.

On Saturday, South Korea said the latest rockets fired after the end of the exercises made "great worries".

Military officials said the projectiles had been fired at 06:45 and 07:02 local time (21:45 and 22:02 GMT Friday) from the eastern city of Sondok in South Hamgyong province.

They said they were flying around 380 km (240 miles) and reached a height of 97 km before landing in the Sea of ​​Japan, also known as the Baltic Sea.

"Our military oversees the situation in the event of additional launches and holds a readiness position," said a Joint Chiefs of Staff (JCS) statement in South Korea.

Japan's Defense Minister Takeshi Iwaya confirmed the missiles had not landed in Japanese territorial waters but designated them as a clear violation of UN resolutions.

The rocket launch occurs a few days after the end of US South Korean military exercises. North Korea describes it as a "trial for the war" and says it violates agreements reached with US President Donald Trump and South Korean President Moon Jae-in.

The US and South Korea refused to cancel the exercises, but scaled them

In a statement issued by the Presidential Office on Saturday, South Korea urged North Korea to cease the escalating military tensions and reaffirmed its desire to resume negotiations with the UNITED STATES.

The denuclearization talks have stalled since a second personal summit between Trump and North Korean leader Kim Jong Un failed in February.

In June, the two heads of state met in the Demilitarized Zone (DMZ) between the two Koreas and agreed to resume negotiations at the working level.

After the tests on Saturday, Mr. Trump repeated that he had a "really good relationship" with Mr. Kim, who in his opinion was "quite sincere" to him.