The Norwegian Air Dreamliner with up to 300 passengers on board is damaged after it crashed into a fence at Gatwick Airport.

A giant 787 aircraft crashed into a fence at Gatwick Airport today. Passengers reported that ground crews were maneuvering the large 300-passenger ship around the Sussex. The airport pushed it back so far that it pushed against a perimeter fence.

The Norwegian Air plane was pushed into the noise barrier and passengers used social media to exchange photos of firefighters rushing to the scene.

A passenger wrote on Twitter writes: "Tug pushes back the Norwegian 787 Dreamliner enough to hit part of Gatwick Airport's fence.

A passenger shared a photo of fi The crews stormed to the scene after the 787 Dreamliner hit a boundary fence in Gatwick. 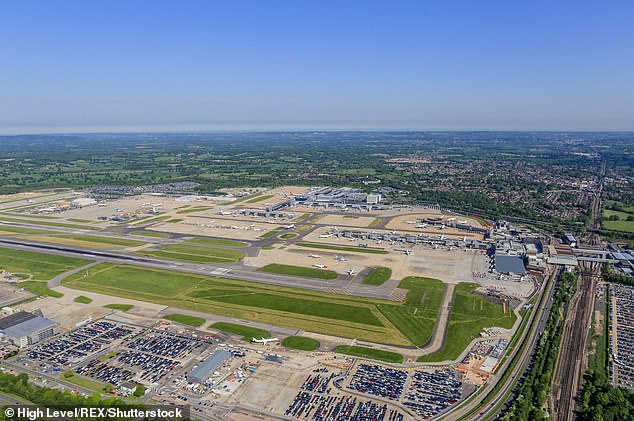 An airline spokesman said: "We can confirm that one of our aircraft suffered some damage on today's return flight DI7017 from London Gatwick to New York JFK.

& # 39; All passengers have exited the plane as usual and are currently being assisted by our ground crew in the terminal.

& # 39; The safety and well-being of our customers are our top priority, and we are currently taking precautions to put passengers on an aircraft replacement aircraft that departs this afternoon.

"We apologize to our customers for the inconvenience." It was raining like skies from the sky over Rome when fragments of a plane of a Norwegian airline fell.

Meanwhile British Airways passengers were upset when an IT issue delayed 300 flights and 15,000 vacationers last week.