قالب وردپرس درنا توس
Breaking News
Home / US / Obama: I told Trump to just rename and get recognition for Obamacare

Obama: I told Trump to just rename and get recognition for Obamacare 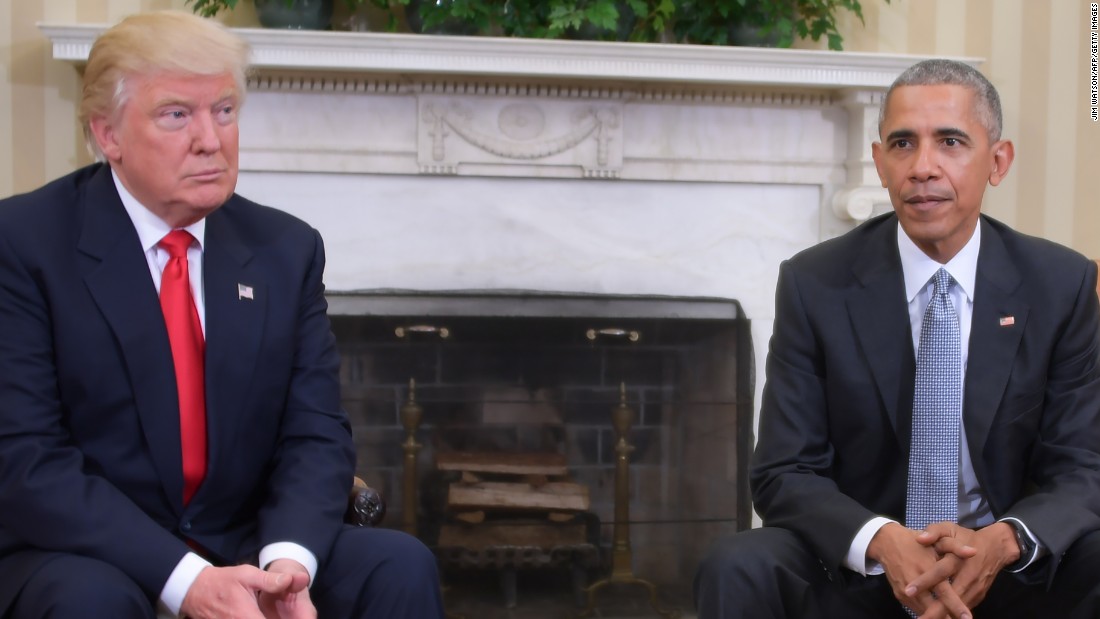 During a question and answer session at a charity event with Democratic National Committee Chairman Tom Perez, Obama said he had no "pride in authorship" over the Affordable Care Act and would have been happy if Trump's program would have maintained something else.

"I said to the new president," Just change the name, claiming that you have made these wonderful changes, and I would say, "You go," he said, laughing. "Because I was not proud of the authorship, all I wanted was for people to have health care."

Obama then said that Trump "could not do it despite control of all branches of government in Washington, they could not do it." because we really thought it through and it's hard to do it. "

Trump ignored Obama's advice and instead sought the far-reaching health bill even though he and the Republicans on Capitol Hill did not completely abolish the bill, Obama has even said that Trump has essentially "overturned" Obamacare, even though he did not, as part of the tax plan that passed late last year Republicans have effectively repealed the individual mandate of the law, and experts fear that the spin-off could lead to insurers defaulting and premiums rising as fewer young and healthy consumers enter the exchanges

was the next Obama, who referred to Trump during his 45 minutes on stage, though he never used the president's name.

Obama talked extensively about health care during the fundraiser, his first for the DNC in 2018.

The idea that I was somehow taking care of health just because I thought it would be fun or somehow polish up my legacy, is crazy, "he said. "Because we knew in 2008 that every president since Teddy Roosevelt did not do what every other progressive democracy in the world has done."

Obama has long suggested that Republicans could completely rename Obamacare if they upheld the law.

"You can even change the name of the law to Reagancare," he said at an event in 2016. "Or you can call it Paul Ryancare, I do not care about credit, I just want it to work."